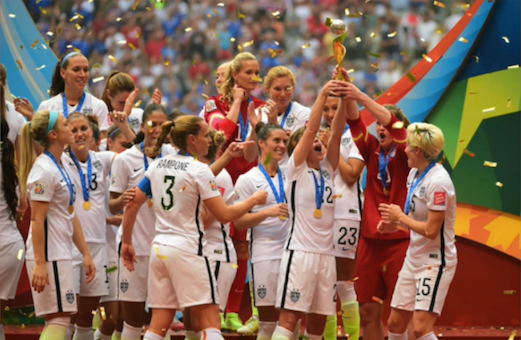 As you all know, the American Women’s Soccer Team won the Women’s World Cup this past Sunday, and the country has been in celebration mode ever since.

Now, we’ve got something new to celebrate: the mayor of New York City has agreed to throw a ticker-tape parade in the ladies’ honor this Friday. A ticker-tape parade is one in which viewers are allowed and encouraged to throw confetti and streamers onto the parade route. In other words, it makes a big mess, so cities usually don’t love to hold them.

That’s why it’s such a big honor that the team will get this celebration. Until now, NYC hasn’t allowed a ticker-tape parade for a non-local sports team for over 15 years. It’s a wild, expensive party, but we think these ladies more than deserve it, and it’s sure to be a blast!

Click HERE for how, when, and where to watch the parade online, on TV, or in person.

Are you pumped about the women’s soccer victory parade?