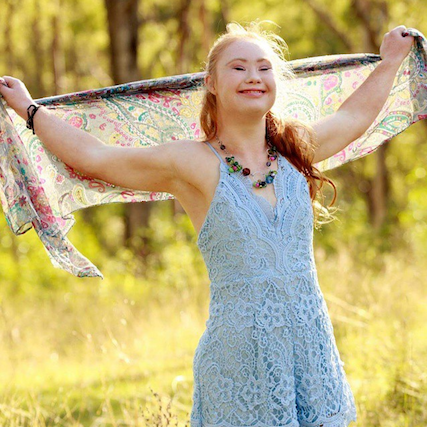 No one should have to hold back from reaching their dreams, especially those with a disability. Madeline Stuart is your average 18-year-old girl. She loves playing sports, staying healthy, performing, dancing and, most importantly, being in front of the camera. She also has plans to take over the modeling world as an aspiring model with Down Syndrome.

Madeline first spoke out about her dreams in May when she announced she wanted to break the expectations people have about both Down Syndrome and the modeling world. She plans on reconstructing people's views on beauty by sharing that Down Syndrome is a blessing and something that can be celebrated instead of having always being shown in a negative light.

On her Facebook page she says, “Modeling is changing societies view of people with Down Syndrome, exposure is creating acceptance in life and inclusion.” With a lot of support from fans wanting to spread her message on social media sites, Madeline has swept the nation with her inspiring story. 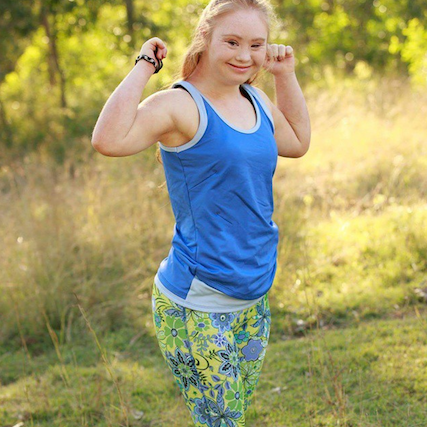 Now in July, she’s starting to see her dreams come true. BeautyCon has reported that Madeline has booked two major fashion campaigns: everMaya, an accessories brand, and Manifesta, a women’s sportswear brand. We think this is just the start of all the opportunities Madeline will have in the future, and we can’t wait to see what she does next.

Check out more of Madeline's modeling pics on her Instagram here and share her story to help break down the stereotypes about disabilities.

What do you think about Madelines's bravery? Share in the comments below.

POSTED IN disabilities, In the News, good news