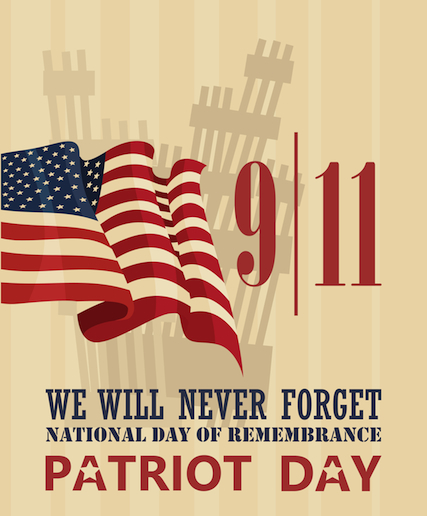 Just a few hours after everything went down on Sept 11, 2001 our website, girlslife.com, went up. We asked girls to share their thoughts, their hopes, their fears and their prayers. Here are some of those first e-mails—a permanent record of how you, our readers, experienced a day that will forever be with all of us.

“I always thought the U.S. was the most indestructible and powerful nation in the world. Yesterday, my dad, a firefighter, died when the Twin Towers collapsed. I am numb. I can’t cry anymore, and I can hardly speak. At least I know my dad left the world as a hero, saving others. But it’s NOT fair, and I will never understand why this happened. Oh, please let this stop!” —A reader

“I live an hour away from New York City. My uncle and two cousins are firefighters. When my uncle reported to the World Trade Center, he went inside with about five other people from his company. He was inside when the second building collapsed. He saved himself and other by hiding under a stairwell. Ironically, my uncle just switched companies less than a month ago. His old company was outside when the building collapsed—they all died. Five people in my school lost parents who worked in the WTC, or were police or firefighters. Even though no one in my family was hurt or killed, pray for the families who have been affected by this.” —A reader

“I walked into my social studies class, and the news was on TV. I realized the World Trade Center was on fire, but I didn’t think much of it. When the Towers collapsed, it hit me. People were in the towers, people were on the ground underneath them. My heart goes out to anyone who has been hurt—mentally or physically—by this terrible tragedy.” –Kerry, 13

“I live in Springfield, Va., which is right down the street from the Pentagon. Some friends at other schools heard the booming sound of the plane crashing into the Pentagon. My friend’s mother works at the Pentagon but luckily, she was on the other side of the building when the plane crashed. Others weren’t so lucky. The people who died were mothers, fathers, aunts, uncles, grandmothers, grandfathers and friends. I no longer feel safe in my home. I hope this NEVER happens again.” –Kelly, 11

“I go to a Catholic school right across the river from the World Trade Center. On that Tuesday morning, around 10 a.m., our school principal announced on the PA system to pray the rosary because the Twin Towers were under attack from terrorists. Everyone ran to the windows and saw the tops of the Towers on fire. Then, we all heard a bang and looked again. What we saw was unbelievable—the first tower had collapsed. The whole day, we watched out the window, watched TV, listened to the radio and prayed. We looked on in horror as the second tower collapsed. We tried to resume class, but military planes and helicopters kept flying above the building. When I got home from school, I walked into my room and broke down in tears. I feel like every second I lived that Tuesday was a bad dream. This tragedy changed my outlook on the world. Lots of innocent lives were lost. I have always forgiven people, as I was taught. But I can’t bring myself to forgive this horrible act.” –A reader in Jersey City, N.J.

“On Sept. 11, thousands of innocent people were killed. Women became widows. Children became orphans. Mothers lost daughters. Fathers lost sons. Families were torn apart in minutes. This is the most sick, twisted, disgusting thing I’ve ever heard of.” –A reader

“I can’t really believe this happened. When my math teacher turned on the TV, we thought it was a horror movie. But, then he told us it was true. Then, during science, the principal told us, “A second plane crashed into the Twin Towers.” We watched the news for the rest of the day, and it was really scary. Sometimes people do things out of pure hatred, but this has gone too far.” –A reader

“Who could possible hate us so much that they would bring this much pain and suffering to millions of people? There is hope for the future and that future is our generation. We are the hope for this country. Are you ready to bring hope and healing –and to make sure nothing like this happens to our children? I am.” —A reader

“I live in Washington State. When I heard about the tragedy, I thought everyone would be sobered, sad and a little worried during the school day. And mad, too. However, people talked about it only a little. Only one person I know seemed to be affected. And the day after, I heard one person talking on the bus. All that everyone talks about is whether or not we are going to war. The lack of caring astonishes me. They said, “Well, I don’t know anybody who was there.” But they should care. People are dead, people are dying, people are summoning up the courage to give blood and money. People’s lives have been changed forever, and people are leaving their homes to go help rescue other people at the risk of their own lives. Our lives have changed. They say we need to on with our lives to show terrorists that we will not succumb to them. We also have to talk about it because that is the only way terrorism will be stopped.” –Hester

“For the first time, I understood what Franklin D. Roosevelt meant when he said, 'Today is a day that will live in infamy,' after Pearl Harbor was attacked. I won’t forget this. How can I? I think of all my relatives. I have five aunts and uncles who live in New York, not to mention all of my cousins. If my uncle had gone on his business trip this morning, he would have been on a plane that was hijacked. Everything reminds me of terror, killing and hate. Now, I understand how powerful hate can be. I feel as it I will never be the same again. I feel exposed. I want to cry, but the tears won’t come. I want to think of something else, but it seems so wrong. I want to pretend this is all a dream, but it isn’t. We are all now the same. We have all felt the same fear. We need to have hope from here on out. If we have hope, we can survive.” –Ashley F.

POSTED IN LIFE, In the News, September 11