"What I learned from being in high school during 9/11" 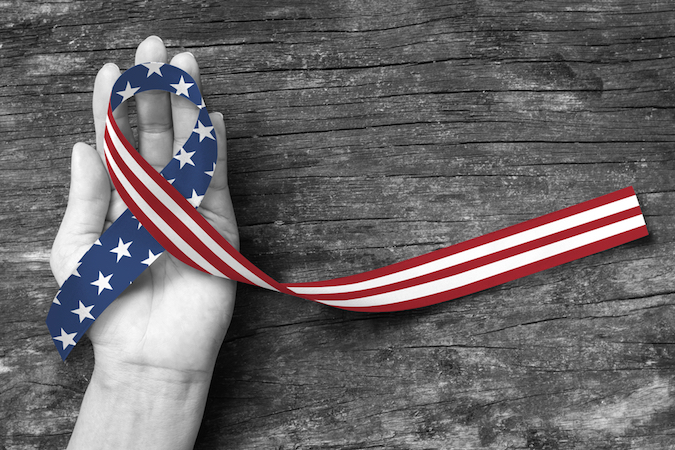 On September 11, 2001, I was in my third period Spanish class when I noticed that my teacher, Mr. Karnatski, was acting a little strange. Mr. K was usually happy-go-lucky—people used to liken him to Geppetto from Pinocchio—but on that sunny Tuesday morning, he seemed serious and anxious. He tried his hardest to continue teaching us conjugations, but his hand shook as he wrote on the board and his voice quivered. By the end of the period, he said simply, "Ladies and gentlemen, there's been an accident at the Twin Towers."

By lunchtime, the secret was out: Two planes had driven into the towers, and people on the news were starting to use the words "terror attacks." Since I grew up just 17 miles away from downtown Manhattan, the news hit really close to home. In fact, several of my friends and dozens of my schoolmates had parents who worked at the World Trade Center. In the lunchroom, the line for the payphone wrapped around the tables and spilled out into the hallway. Some of my friends got in touch with their families and learned that everyone was OK, others couldn't get through. I worried about my big brother, who had started college at Pace University that previous week—just a half mile from the World Trade Center. When my mom picked me up, she told me that James was OK and I said a little prayer.

My school was closed for a few days after the attacks. As the days ticked by and the entire country tried to make sense of what had happened, the reality sunk in. Word began to spread about those families who still hadn't heard from their loved ones. By the following Monday, school was back in session but nine of my classmates had lost a parent and one had lost a sibling. Their lives would never, ever be the same. When you're 16 and deep in the "I hate my parents" phase, nothing is as sobering as hearing that some of your friends would never see their fathers again. I hugged my parents tighter, lingered a little longer at family dinners and watched less TV.

There's so much about 9/11 that is deeply burned into my brain and heart. I can still feel the anxious pit in my stomach when I think about waiting for that payphone in the lunchroom. I can still see the cloud of smoke that was faintly visible from my childhood home. I can still smell the burnt air. But my most vivid memory is of what happened in the days and weeks that followed—the sense of community and the outpouring of love that persisted in the days after. People were kinder to each other, bullying pretty much disappeared in my school and neighbors became family. When the holiday season apprached just a few months later, people thought less about their own wish lists and more about how to help others.

Sixteen can be a formative age for a lot of reasons, and I definitely was transformed that year. September 11th and its aftermath forced me to see the world through new, less self-centered eyes. It made me more empathetic, taught me to value my family, and reminded me that there are far more important things in life than zits, crushes and report cards.

This September 11, I challenge you to unplug from social media, do something nice for a neighbor, classmate or friend, or simply give thanks for all the good in your life.