Here's why Disney's Splash Mountain is getting a much-needed makeover 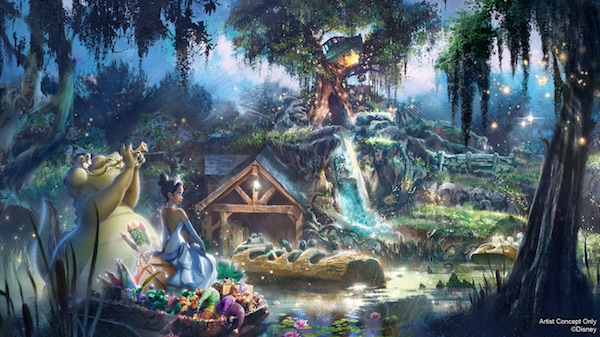 If you're obsessed with Disney like us, you know that Splash Mountain is one of the most epic rides in the Florida and California theme parks. But while the fun factor is off the charts on the attraction, the theme was problematic. You see, the ride is based off of the 1946 Song of the South flick, and the film contains many racist stereotypes. So much so that fans started an online petition asking Disney to rethink the ride all together.

"While the ride is considered a beloved classic, its history and storyline are steeped in extremely problematic and stereotypical racist tropes," the petition read. "There is a huge need for diversity in the parks and this could help fill that need." With over 21,000 signatures, the movement gained attention...and Disney has come up with a strong plan to reimagine Splash Mountain.

Soon, the attraction at Disney World and Disneyland will be based off of the 2009 film The Princess and the Frog. "Guests will join Princess Tiana and Louis on a musical adventure as they prepare for their first Mardi Gras performance, featuring some of the powerful music from the film," the release said. Since Princess Tiana is widely regarded as the first black Disney princess, the move is definitely a step in the right direction when it comes to inclusivity.

We *cannot* wait to ride the new Splash Mountain, but until it's ready we'll just be rewatching our fave iconic Princess and the Frog moments!