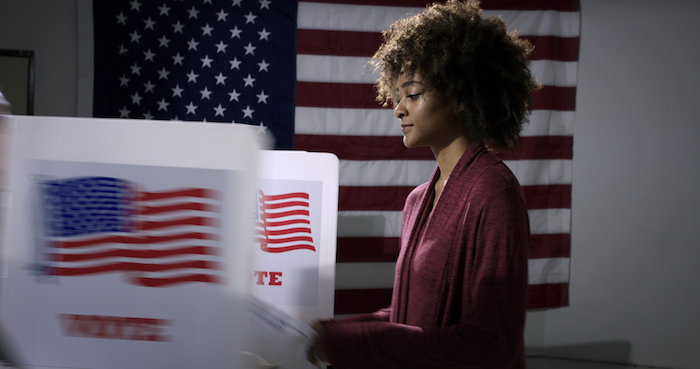 With less than a week until Election Day, young people are making *sure* their voices are heard by turning out to vote in record numbers. Expanded voting options, like voting early or by mail, has led to a dramatic increase in voting prior to election day. As of this week, over 6.8 million people between 18 and 29 have voted in the national election—which is over three times the number that had been counted at this point four years ago.

An analysis of TargetSmart data by Simon Rosenburg, a strategist for Clean and Prosperous America and New Democratic Network, shows that turnout for voters aged 18-29 is up by 13 percent in North Carolina, 19 percent in Arizona and 36 percent in Montana. In Ohio, Texas, Georgia and Florida, more than twice the number of youth voters have cast their ballots than at this time in 2016. 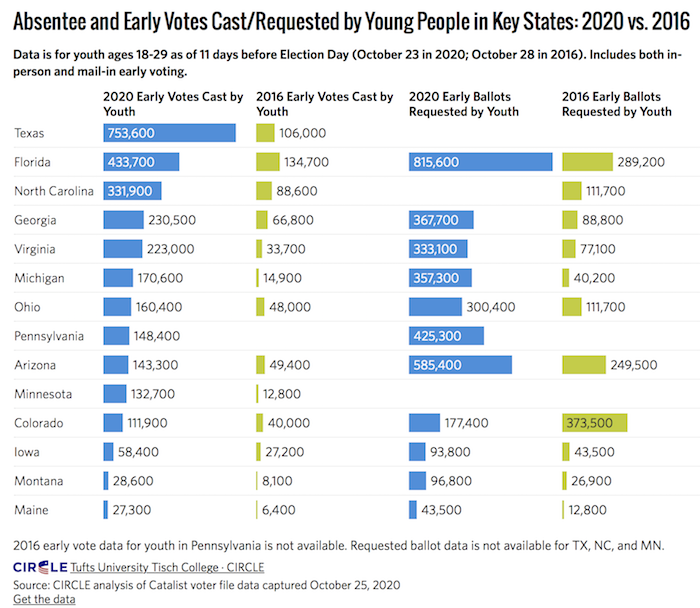 The Center for Information & Research on Civic Learning and Engagement at Tufts University (CIRCLE) determined that millions of young people who voted early live in key battleground states. Although voter turnout is up among almost all age groups, young people could potentially swing this election, as youth voters in 45 out of 50 states skew toward the Biden-Harris ticket.

Former President Barack Obama's victory in 2008 could be largely attributed to record turnout among young voters—making it apparent that youth voices really *do* make a difference.

Young people make up almost half of the American voting population, making them an influential political force. When young people organize and vote, they ensure that their voices are represented in the political process, which ultimately leads to a more responsive government. According to Tuft's University's Jen McAndrew, this year's influx of young voters can be traced to social justice activism, social media organzing and reduced apathy toward the political process.

The Director of CIRCLE, Kei Kawashima-Ginsburg, told Newsweek that preliminary data is promising of youth civic engagement. "Even in the face of significant barriers to youth participation, we are encouraged by this level of early voting and by the tremendous engagement of young people on the ground," Kawashima-Ginsberg said. "They are leading movements and engaging their peers, and we hope this level of voting will continue through Election Day."

Too young to vote? Check out these GL stories for more info on how you can *still* get involved!

1. 5 easy ways to get involved in the 2020 election using only your phone by Lily Baker

2. Why the 2020 election is the most important one of our lives—and how *you* can get involved by Katherine Hammer

3. How to use social media as a tool for political organizing by Claire Hutto

How are you getting involved in the 2020 election? Tag us in your Election Day pics on social media, @girlslifemag!

POSTED IN TRENDING, In the News, politics, election