What happens if there is no winner on election night? 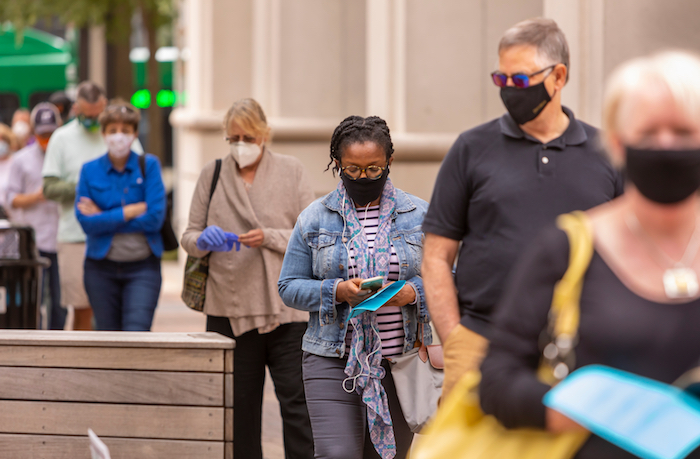 In a normal year, Americans cast their ballots on Election Day and wake up the next morning with the results of the election plastered on almost every newspaper and TV screen in the country. This year, as the United States is facing a global pandemic, Election Day is likely to look different than in years past.

Increased access to absentee voting by mail and early in-person voting may cause the U.S. election results to take longer than usual to confirm. This year, record numbers of Americans took advantage of the option to vote by mail, and it is presumed that this drastic increase will make tallying votes take longer than it has in previous years.

"In most states, the pace of counting and reporting is going to be slowed by a few hours. In some states, they're going to be feeding more ballots into scanners after the polls close, and that's going to take some time," said Charles Stewart, a political science professor at MIT. "There's going to be a couple of states where...they're hopeful to get the entire count done by Friday."

Provisions made to ease voting in the 2020 election have not affected all states, as Oregon, Colorado, Hawaii, Utah and Washington have used mail-in voting for years. States that have previously not used mail-in voting are learning how to process ballots in real-time. State laws also affect the timeliness of election results. Battleground states like Wisconsin and Pennsylvania, for example, are at a disadvantage as state law disallows them from opening mail-in ballots until Election Day.

Scanning mail-in ballots should not take an inordinate amount of time, but before each ballot can be scanned, every voter and their signatures must be verified. States with large numbers of mail-in ballots and strict election regulations are expected to see the longest delays in results. In most states, election results aren't due until weeks after Election Day, so this is not the first time that states have continued to count ballots in the weeks following the election.

Legal experts, such as Franita Tolson, anticipate litigation "around ballots that have been rejected [as well as ballots] somebody thinks should be rejected."

Regardless of how long states may take to count their ballots, the electoral college is constitutionally required to meet on December 14. While Americans may not wake up on November 4 knowing who won the election, we can take comfort in knowing that, institutionally, we have safeguards in place to protect our electoral process.

POSTED IN TRENDING, politics, In the News, election