Maia Chaka is the first Black female official in the NFL 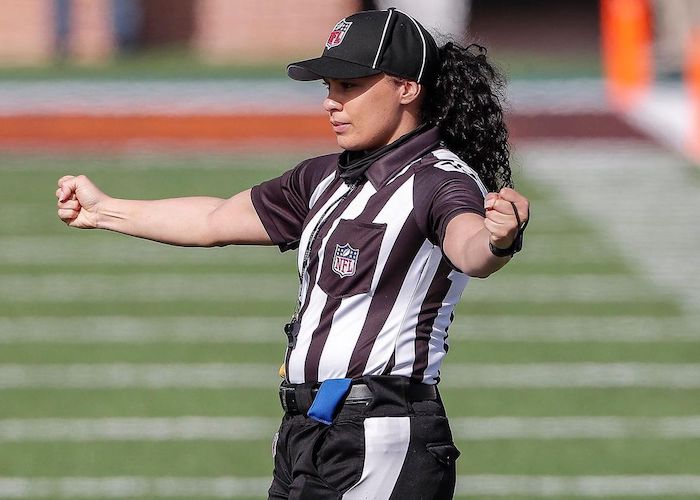 Today, the NFL announced that it has hired Maia Chaka as an official for the 2021 season. Chaka is the first Black female official in the league's history.

Chaka will join Sarah Thomas this fall as one of two women on the NFL officiating team. She has been training with the league since 2014, when she was one of 21 referees chosen for the NFL Officiating Development Program. Since then, she has officiated preseason games—but she will now be a part of the regular season ref crew.

Maia Chaka will be the first Black woman to officiate at the NFL level. (via @NFLOfficiating)@espnW | #WomensHistoryMonth pic.twitter.com/DDl7HkOvwT

According to The Virginian-Pilot, Chaka started her officiating career with high school games in 2006. She quickly moved up to the college ranks and worked games for both the Pac-12 Conference and the XFL. Chaka also works as a health and phys ed teacher for at-risk in Virginia Beach.

Chaka is hopeful that her story will inspire her students to reach for the stars. In an interview on TODAY, she said, "I just want them to know if you have a passion for something and if you have a drive for something, don't let it hold you back just because you think that something may give you some type of limitation. Just continue to work hard and always, always, always just follow your dreams."

We are *so* excited for Chaka's historic accomplishment, and we can't wait to see her take the field in September!