Everything you need to know about the Texas abortion ban 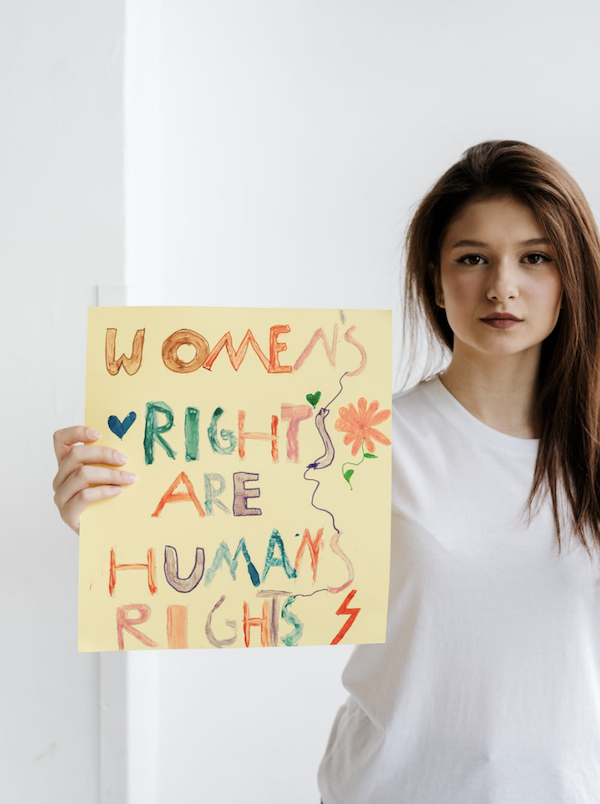 If you've been keeping up with the news lately, you've probably seen the outrage over Texas' latest abortion law, which almost entirely restricts access to abortion across the state. This law has been branded "radical" and "heinous" by health experts and is only the latest in a string of laws passed that restrict women's rights to safe and legal abortions. We sat down with reproductive health specialist Dr. Sophia Yen, MD, MPH, to chat about the Texas abortion bill, who it affects and what it means for the future. Keep reading to learn *everything* you need to know about the Texas abortion ban.

On September 1, Texas passed Senate Bill 8, a piece of legislation that bans abortion after about six weeks of pregnancy and allows private citizens to sue anyone they suspect of providing or assisting someone getting an abortion. The American Civil Liberties Union (ACLU) estimates that 90% of abortions in Texas occur past this six-week cutoff, SB8 effectively bans abortion in Texas. "If you get an abortion after six weeks, citizens can now file a suit for a minimum of $10,000. They can not only sue the doctor, but anyone who helps you," says Dr. Yen. This includes family, friends, drivers and medical professionals who knowingly provide you with assistance. There is even a website to help citizens anonymously tip-off the government about individuals they suspect to have had an abortion or aided in the performance of one.

“This is the most significant accomplishment for the pro-life movement in Texas since Roe v. Wade,” John Seago, the legislative director of Texas Right to Life, told the Associated Press. Opponents have criticized this law as deputizing citizens in a "bounty-hunting scheme" and have raised questions about the legality of SB8, particularly because it violates the precedent established by the Supreme Court.

What about Roe v. Wade?

Roe v. Wade (1973) was a landmark Supreme Court decision that ruled that a woman has the right to obtain an abortion without excessive government restriction. In the 50 years since Roe v. Wade was first decided, this ruling has seen no shortage of challenges. When the Supreme Court failed to act on an emergency appeal to prevent SB8 from going into effect, it became the most restrictive abortion law in the United States, marking the first time that a six-week abortion ban has been codified into law. The Biden Administration has tasked the Gender Policy Council, US Department of Health and Human Services and the Department of Justice with coordinating the government's response.

“The Supreme Court has ignored 50 years of precedent and set back the hands of time, essentially allowing Texas to be a pre-Roe state. This is a travesty for the nearly 7 million women of reproductive age, and everyone who supports access to safe, legal abortion. The impact of this heinous abortion ban cannot be understated, overwhelmingly harming Black and Latinx people, people with low incomes, and people in rural areas, who already face immense barriers to health care access. This is the loudest alarm yet that abortion rights are in grave danger, in Texas and across the country. Planned Parenthood and its supporters are listening, and we will continue fighting for patients, their providers, and their loved ones.”

Who will SB8 affect?

As the most restrictive reproductive rights law in the country, this law will "affect anyone with a uterus in Texas," says Dr. Yen. "There are no exceptions whatsoever for rape or incest." This lack of caveats means that regardless of personal situation, women who learn they are pregnant after the six-week cutoff will be forced to carry the child to term. “This law will dramatically reduce access to reproductive care for women in Texas, particularly for women with low incomes and women of color,” Vice President Kamala Harris said in a statement Wednesday. Almost 70% of people who seek abortions in Texas are women of color, according to a U.S. Centers for Disease Control and Prevention report. While it is not illegal to cross state lines in search of reproductive healthcare, it is a costly and time-consuming process, meaning that people with low incomes will have few options within the state.

Dr. Yen's biggest piece of advice? "Get your birth control under control," she says. "Know that you can get birth control online from Pandia Health, which is the only women-founded, women-led doctor company in this space. It costs $20 once a year to use our expert doctors if you want the pill, patch or ring. For an implant or IUD, you need to go see a doctor in person. Under the Affordable Care Act, all FDA-approved forms of birth control should be available with no copay or deductible if you have insurance."

On September 9, the Justice Department sued Texas over this law, citing that it is unconstitutional and goes against years of precedent. "This kind of scheme to nullify the Constitution of the United States is one that all Americans, whatever their politics or party, should fear," said US Attorney General Merrick Garland. While reproductive rights groups build their case to halt this law, there are *so* many steps that we can take to stay educated and protect our health.

Want to get involved? Check out Planned Parenthood, National Abortion Federation or National Network of Abortion Funds to learn more.