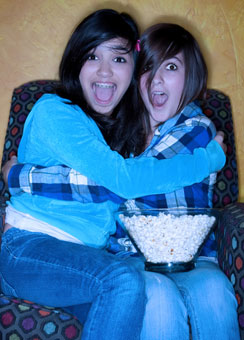 Who says you have to be terrified to have a terrific Halloween?
Spook up the season just the right amount with 13 not-too-scary Halloween movies. Watch ‘em with the fam or with your best girlfriends.

Get into the spirit of Halloween with the classic Peanuts film. As the gang is gearin’ up for Halloween, Linus’s letter to the Great Pumpkin receives enough scorn to put a shred of doubt in his devoted mind. Will the Great Pumpkin appear or was it all just a big waste of time?

Teenager DJ has been spying on his crotchety old neighbor Mr. Nebbercracker. As soon as his mom leaves negligent babysitter Zee in charge, he grabs his best friend Chowder and goes in to investigate. But when Nebbercracker’s house bursts into life and swallows the pair along with goody two-shoes Jenny, what will become of the kids and more importantly, what shocking secret will they discover?

Mary-Kate and Ashley Olsen star as identical twins Lynn and Kelly Farmer in this 1993 kids’ flick. The girls discover that their Great Aunt Sophia has been trapped in a mirror by her twin, nasty Aunt Agatha. If the pair doesn’t rescue her before midnight this Halloween, she’ll be stuck there forever. Can they break the spell in time?

Things never go right for Mildred Hubble. At Miss Cackle’s Academy for Witches, her spells and potions always go wrong. What’s a witch to do with devilishly popular rival plaguing her footsteps, a teacher who just doesn’t believe she can do anything right and a coven of evil sorceresses trying to take over the world?

Christina Ricci stars as the daughter of a paranormal expert who moves into a mansion haunted by three mischievous ghosts and one friendly soul named Casper. Her dad’s been hired by dastardly Carrigan to set the spirits free, but when he discovers a machine that could turn him into a ghost and reunite him with his deceased wife, who will be left to save the day?

Scooby Doo and the Witch’s Ghost

One of the best full-length Scooby Doo movies brings the gang back to the small screen with the mysterious appearance of the ghost of puritan Sarah Ravencroft in Salem, Mass. Mystery Inc. unmasks the villain, but what hair-raising secrets will they discover when the truth is revealed? The catchy tunes of the animated goth girl band the Hex Girls is an added bonus.

For 13-year-old Marnie, Halloween has never been a big to-do…until Grandmother Aggie comes to town. Marnie’s mom has been keeping her daughter’s supernatural powers a secret, and now she must be trained as a witch or risk losing her abilities forever. Will she master her magic in time to save the world from the evil warlock Kalabar?

They’re creepy and they’re kooky / Mysterious and spooky / They’re all together ooky / The Addams Family. The darkly comical family from the classic cartoon series takes to the big screen in the 1991 film with a fab cast including a wonderfully wicked Christina Ricci as Wednesday Addams. In this flick, long lost Uncle Fester returns home from the Bermuda Triangle…but is it a cause for celebration or a con?

When Max moves from California to Salem, Mass., on the eve of Halloween, he shrugs off the ghost stories spun by locals as nothing more than a bit of make believe. That all changes when he lights the black flame candle and brings the three Sanderson Sisters back from the dead. You’ll be on the edge of your seats as Max, his crush Allison and little sister Dani battle the terrible trio. Will they prevail? Watch ‘n’ find out.

Angelica Huston stars in this 1990 adaptation of Roald Dahl’s classic children’s story. Luke travels with his ailing grandmother to a seaside resort where a group of modern-day witches are holding a convention. The Grand High Witch (Huston) has decreed that all children are to be turned into mice. Will Luke save the day or spend his life twitiching his whiskers?

The Nightmare Before Christmas

This Tim Burton cult classic tells the story of Jack Skellington, the pumpkin king of Halloween Town. While sleep walking through the forest, he discovers the door to different holidays and falls in love with Christmas. When Jack, in his fervor to experience a real Christmas, steals Santa, will he destroy both holidays?

When a couple of New York City yuppies move into a Connecticut house haunted by its recently deceased owners, the ghosts hire a bio-exorcist named Betelgeuse to scare away the new inhabitants. Winona Ryder stars as the flesh ‘n’ blood goth daughter who befriends the ghosts and their oddball exorcist.

A young Kirsten Dunst plays Anna, the niece who accompanies her journalist uncle to haunted Hollywood Tower Hotel. Produced to provide background for Disney’s Twilight Zone Tower of Terror ride, this compelling and truly spooky ghost story delves into the 1939 disappearance of five of the hotel’s guests.
Got some other faves, girlies? Blog about it! 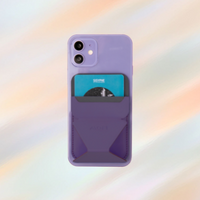 Moft has a home for your holiday cash and gift cards. Enter to win here!