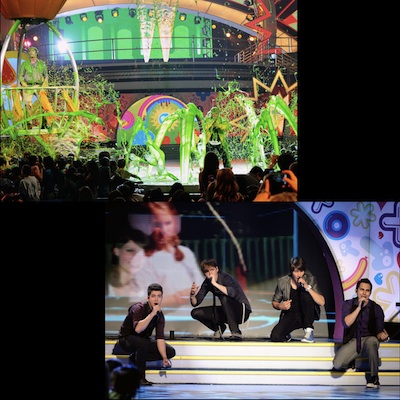 Did you get slimed with surprises this past Saturday? The Kids’ Choice Awards 2011 was happening on Nickelodeon—and it was a night of entertainment galore! Willow whipped her hair, Victoria rocked it out, and BTR…well, we want them as our boyfriends.

Want a sneak peek at some of the winners? Don’t worry. We’ve got them for you…along with who we thought should’ve won.

Missed all of the fun? Head to nick.com to catch the performances, winner announcements and “thank you” speeches.

Oh, and don’t forget, the American Country Music Awards were this weekend, too. Looks like our fave blonde T. Swift took home Entertainer of the Year. Hooray!

Did you catch either awards show this weekend? Who do you think should’ve won? Blog about it, babes.