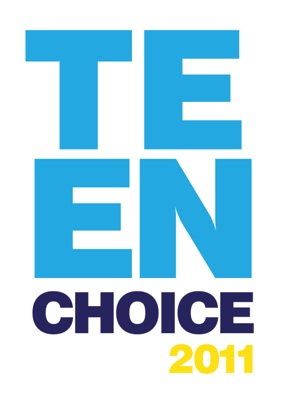 Stars were feeling the love as they stepped out for the crazy fun 2011 Teen Choice Awards last night on FOX. Did you tune in?

Selena Gomez cleaned up at the awards, winning five surfboards including Choice Hottie and Choice Love Song for her sit single “Love You Like a Love Song”. The only thing more impressive than her winnings? Her star posse. The lucky girl was spotted sitting between BF Justin Bieber and bestie Taylor Swift.

Speaking of which, Taylor definitely proved she was the ultimate teen star by winning awards like Favorite Female Country Artist, Country Song and Red Carpet Icon. But Tay also walked away with the Ultimate Choice Award, which celebrated all of the music and talent she has brought to the industry. Way to go, girl!

The excitement didn’t stop there. Stars were proving their vocal skills all through the night. The most surprising was Ashton Kutcher, who led the audience in Katy Perry’s “Teenage Dream” during his acceptance speech for Choice Movie Actor. Not to be outdone, Ellen DeGeneres, winner of Choice Comedian, joked that she had wanted to sing the rock classic, “Stairway to Heaven” in her speech…but couldn’t because it was “too long.”

Missed all of the action? Here’s a list of some of the big winners from last night, along with some we were hoping would snag a prize.

Easy A (Winner and GL’s Pick)

Just Go With It

Life As We Know It

Harry Potter and the Deathly Hallows: Part 1 (Winner and GL’s Pick)
Pirates of the Caribbean: On Stranger Tides

What do you think about the winners? Is there anyone you wish had won? Blog about it, babes!
Love this post? You'll heart these, too!
» The stars of Degrassi share their BTS style