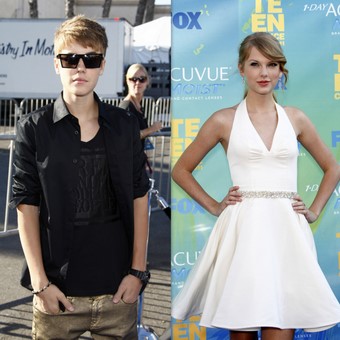 Are you a Belieber who can rock out to Taylor Swift? Then you better get those headphones ready! Aside from singing a surprise duet of Justin’s “Baby” at Taylor’s Speak Now concert in Los Angeles last week, the pair has reportedly written a song together, too.

Since we’re still waiting for their tune to surface, we decided we’d make a list of dream love duets we’re hoping might be waiting in the wings of the studio soon. Do you agree with our picks?

Scotty McCreery and Carrie Underwood – Scotty just started his climb to country music stardom and Carrie’s at the peak of her career. We’d love to see how the only two American Idols that croon country would collaborate.
Amber Riley and Chord Overstreet – Spoiler Alert! In the Glee season finale, the pair was seen holding hands. Since Chord’s not set to return to Glee next season, we're hoping there might be a musical guest appearance.

Nicki Minaj and B.o.B. – B.o.B.’s fast and clever lyrics would match perfectly with the Queen of Rap’s infectious beats.

Bruno Mars and Colbie Caillat – While Bruno Mars proved he can make us swoon with last summer’s sweetest ballad, “Just the Way You Are,” Colbie’s summery acoustic love songs have been popular since her hit single “Bubbly”. Their soothing voices together would be music to our ears!

Justin Bieber and Selena Gomez – No doubt about it, we’d love to hear what kind of song pop’s cutest couple would record together. Do you think he calls her “Baby”?

Which guy/girl match up would you like to see take to the mics? Blog about it, babes.
Love this post? You'll heart these, too!
» The stars of Degrassi share their BTS style

» Reading for fun? Check out the best books of the season
WIN IT! Let the BTS book bag battle begin! Enter our Babes 4 Bags giveaway now
Want more ways to get GL? Like us on Facebook or follow us on Twitter! 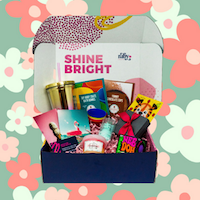