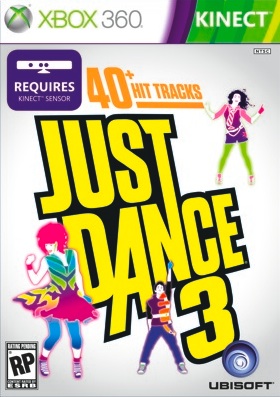 With only a few more weeks until winter break, we’re gearing up for the holidays in the GL office. Tried, tested, and GL approved, here are the hottest video games we’re adding to our holiday wish list this year and think you should as well.

Just Dance 3 We can’t get enough of this dance game (and this is coming from someone with two left feet!). Just Dance 3 lets you dance to choreographed routines and create your own numbers that you can save and show off to your buds. And with tracks from the Black Eyed Peas, Cee Lo Green, Katy Perry and LMFAO, you won’t want to stop until you’ve danced to them all.

Super Mario 3D Land For those of you who like to kick it old school with Mario, the gang is back and better than ever. Rescuing Princess Peach from Bowser’s castle has never been more fun. You’ll feel like you’re in Mushroom Kingdom with the 3D features!

Lego Harry Potter: Years 5-7 Potterheads, the fun doesn’t stop ‘til you duel with the Dark Lord. Cast spells, make potions, visit your favorite Potter locations (including Godric’s Hollow and Grimmauld Place) as you experience the magic of the last three books and four films for yourself.

Disney Universe Disney fans, get ready for the House of Mouse’s coolest game yet. Travel through your favorite scenes from Pirates of the Caribbean, Aladdin, Wall-E, The Lion King, Alice in Wonderland and Monsters, Inc. while saving the Disney Universe from Hex the Evil Villain. You’ll love playing as your favorite characters and hearing remixed versions of classic Disney songs.

The Sims 3: Pets Expansion Pack Move to Appaloosa Plains and create your own pets. Then view the world from their point of view. You can make your own dog, cat, or horse, and even unlock magical unicorns! Humans can adopt and bathe pets, and train horses.

Mario & Sonic at the London 2012 Olympic Games At GL, we live for the Olympics. We love seeing who’s breaking records, talking to the amazing athletes and, yes, taking notice of every country’s outfits at the Opening Ceremony. Since we’re not athletic enough to physically take part in the events, this game is the next best thing. Compete in your favorite official Olympic Sports and Dream Events (like rafting!) in the Official Video Game of the 2012 London Olympics.

So, gamer girls. Which video games will you be adding to your wish list? Blog about it, babes.
Love this post? You'll heart these, too! 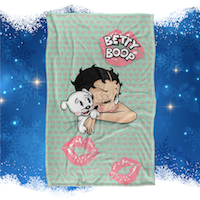 The only thing missing from your snowy self-care Sunday? A Betty Boop blanket. Whether you're curled up in bed or tuning into your fave TV show from the couch, this retro throw is the perfect addition to your cozy collection. Enter to win here!