5 board games to play with the fam over the holidays 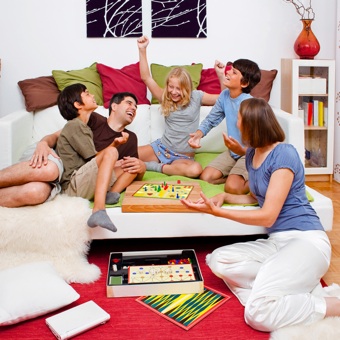 If you’ve been playing Wii Tennis for three hours and just can’t stare at the TV screen anymore, your younger cousins are probably bored too. While video games are great, sometimes it’s fun to break out the good old-fashioned games: the ones where you have to roll a physical dice and play on a flat surface.

Playing board games doesn’t have to mean cribbage with your grandparents, though. We’ve got a list of our faves (fun for all ages!) to whip out during fam time this holiday season.
Catch Phrase. As long as everyone playing knows how to read, this is sure to be a crowd pleaser. If you have the electronic version, it doesn’t even require a board, so you can play while sitting on the couch! Plus, it’s played in two teams. So if you divide up by generation, you and your adult family members can help each other out. Younger cousins will probably grow restless after a few rounds, but everyone will enjoy it.
Clue FX. Your parents probably love the original Clue board games, but Clue FX is updated with an electronic system and new characters. The pieces have magnets that know which space you move to, and instead of making a “final accusation,” you have to find the “inspector,” whose voice the game controls for you. What more? The narrator makes jokes throughout the game! The only downslide? Clue FX only has magnetic pawns for up to four players, so if you’ve got a bigger fam, you’ll have to stick with the original Clue experience.
Mad Gab. This game is sure to produce tons of laughter. Each person reads a phrase written in jumbled letters, and the other players have to figure out what she’s saying. The answers are common phrases, but it can be tricky depending on how they’re read. For example, the answer to “These if Hill Wore” would be “The Civil War.” This game is more for fun than for winning, so don’t use it as a tiebreaker for other games you’ve played in teams.
Scene It. The great thing about Scene It is that it comes in so many varieties. With music, junior, Disney, Twilight and many other editions, there are tons of options to keep your whole family entertained. The Disney one will be great for your parents and younger cousins, or if your cousins are your age, the Twilight and Harry Potter editions are super fun! You can also choose whether you want to play a short game or a long game thanks to a nifty foldout board. Don’t have loads of time? This game is for you.
Bananagrams. If you and your cousins can’t stop playing Words with Friends, you’ll love this letter-based game. It’s similar to Scrabble, but based on speed and using all of your letters rather than the complexity of each word.
What are your go-to board games to play with your family members? Blog about it, babes!
Love this post? You'll heart these, too!
» Our favorite Christmas classics 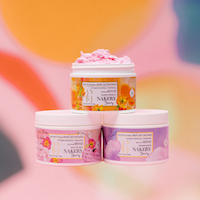