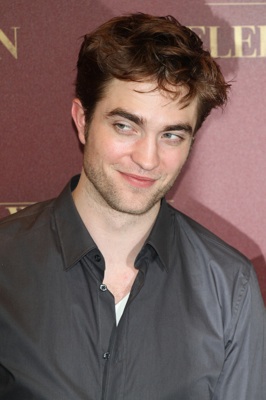 MTV’s Punk’d is making a mega return to Thursday, March 29, at 10 p.m. ET/PT and it’s going to be full of crazy hijinks pulled by your fave celebs…on even more of your fave celebs!

Each week, a different Hollywood star will host the show, allowing the audience to follow along from the behind-the-scenes preparation to the pulling of the prank on an unsuspecting celeb friend. And with episodes like Justin Bieber pranking Taylor Swift, Miley Cyrus pranking BF Liam Hemsworth, we can’t wait to see the mayhem and giggle along.

With the new Punk’d season, it got us thinking about which celeb pranks we’d love to see play out. Here are our picks.

These sweeties need to shake up their friendship a bit. And what better way to do that than with a good prank. Bella should go on a shopping trip with Zendaya in NYC and take her on a “short cut” to her fave store. This of course involves a dark alley, where they get stopped by a bunch of tough-looking guys. Zendaya will start freaking out and when she turns for Bella, she’ll realize Bella has already run away and left her there! After completely freaking out, the guys will just start dancing because they are really just a dance crew.

Taking a cue from her new role in Spring Breakers, Ashley would have thievery on her mind. While doing a little retail therapy with pal Lucy, she’d pop a few unpaid items into Lucy’s bag. The alarm will go off, signaling the cops. Lucy would be freaking out and no one would believe her when she said she didn’t steal anything. Ashley wouldn’t back her up either. Eventually, the cameras would come out and Ashley would reveal to Lucy she’d just been punk’d.

J Biebs just turned 18 and he got a brand spankin’ new car. To prank him, Selena should go out to lunch with him and, when they come back out, his car won’t start. Selena will call a “mechanic” to get the car working, but he’ll just spend a long time barely doing anything to fix it. Eventually, he’ll just sit on the car and eat a donut, while Justin will stare at him in amazement and disbelief. We could see Selena trying desperately not to laugh as Justin starts to get upset.

Kristen may seem shy at award shows, but she is an actress and could easily pull off a prank. The perfect one to pull on her British beau? Take him on a romantic date at a beautiful steak restaurant. When the waiter brings Rob his food, it will be a bowl of just “blood” (fake, of course) and a bite-size piece of uncooked meat. He’ll argue with the waiter about how disgusting it is, but the waiter wouldn’t give in. The manager would come out and tell R-Patz to just eat it! At the end, all the other guests in the restaurant turn to Rob and Kristen’s table, open their mouths and show fake fangs. Surprise! You’ve been punk’d.

It would be hilarious if Kylie told Kendall she booked a new modeling gig, but when Kendall arrives at the shoot, it’s a total disaster! The clothes are hideous and the photographer is absolutely relentless in telling her what to do. The audience would get to watch as the photographer pushes Kendall to the boiling point. Hilarious!

Wanna see what happens when Justin pranks Taylor? Catch a sneak peek below…

MTV Shows
Which celebrities would you like to see pull pranks on each other? What prank would you have them pull? Blog about it, babes.