Abracadabra! Our 5 fave movie and TV witches ever 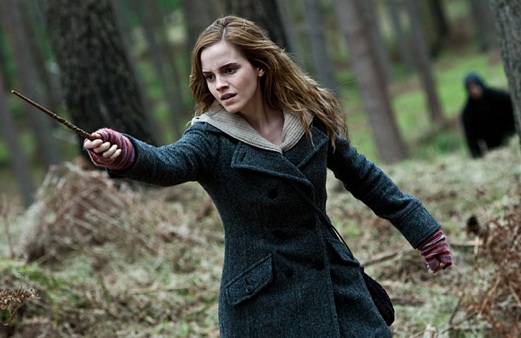 Here at GL, we’re all about girl power. And with Halloween around the corner, we wanted to take a look at some of this spooky season’s most powerful gals—witches!

Some are good, and some are bad, but no doubt all of them wickedly rule the scene.

We’ve put together a list of our very favorites from movies and TV shows. Read on to see who made the cut!

Unlike the Wicked Witch of the West, Marnie Piper uses her powers for good. She is the main character of the Disney Channel original movie Halloweentown series and, boy, does she take care of business! We love how sweet and smart she is. Marnie Piper proves that you can be a good witch, and even save the world as one (and on several occasions!).

And we’re back with a bad witch. Some people forget about the Queen from Snow White, but we never could. Her transformation in the movie is super creepy, and definitely something we’ll always remember. This witch is pure evil, and trying to get Snow White with that poisonous apple. Despite her wicked motives, she still makes the list.

You might not have been old enough to catch Sabrina when her show was on, but there are still reruns of this TV classic. Sabrina’s a good witch, and a funny one at that. She uses magic in her everyday life…and a lot of the times it backfires. We couldn’t resist putting Sabrina on our list. Come on, she has a talking cat!

You might not have ever caught Sabrina on the small screen, but we’re almost positive you’ve seen Alex Russo’s antics. Sadly, Wizards of Waverly Place has ended, but there is going to be a one-hour special in early 2013! Alex is pretty famous for being both a good and a bad witch. She may pull a lot of pranks, but she’s got her heart in the right place.

A list of witches is simply not complete without this Hogwarts hunnie. Harry may be the center of attention in the movie (and book) series, but we totally love how brainy and fearless his best gal pal is. Hermione grows up and becomes an awesome witch, without having to cheat or be evil along the way.

Who’s your fave witch from this list? Anyone you think we totally should have added? Blog about it, babes.