Is Ravenswood worth it? We think so 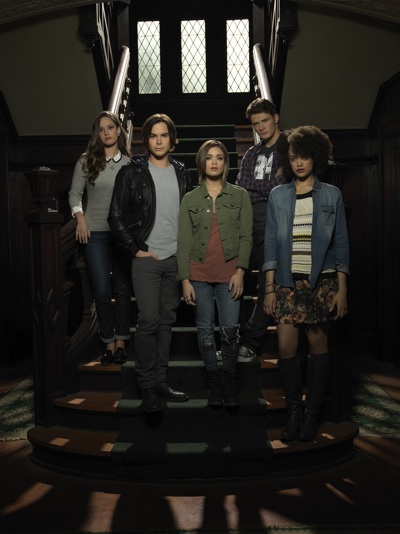 With mega success with Pretty Little Liars, it’s no surprise that ABC Family has been hard at work on a spin-off…and keeping it very under wraps. But now that Oct. 22 is right around the corner, we can finally see what they’ve been up to with Ravenswood.

In this new series, Caleb (Tyler Blackburn) from PLL moves to a town called Ravenswood, where he and four other teens work together to uncover a local curse. Do we think Ravenswood is gonna be the next PLL? You bet. And we’re listing the reasons why below…

While PLL focused more on the girls, Caleb takes center stage in Ravenswood. We’re pumped to see more of him as he works to discover his mysterious past. It’s been rumored that Hanna will be stopping by Ravenswood for some guest appearances, but will the long distance relationship work, or will we be seeing Caleb getting close to some other girls?

Luke Matheson (ABC Family newbie Brett Dier) plays Ravenswood’s resident hottie. Once a popular jock, he has been exiled by the town due to eerie circumstances surrounding his father’s recent death. Luke is super close with his twin sister and girlfriend, but otherwise he is somewhat reclusive. His blonde hair, blue eyes and secretive personality already have us drooling.

The mystery is addicting

Just like PLL, Ravenswood promises to be filled with thrilling cliffhangers as the teens work to uncover the town’s curse. However, this show is expected to be even scarier, eerier and creepier than what we’ve been used to on PLL. Supernatural aspects have been brought into the mix, so there are no limits as to the craziness that will occur.

Unlike PLL, Ravenswood is not based on a book, so everything happening will be brand new to us. No one knows where this story could take us, but we can’t wait for it to be revealed.

Tweet it out: Be sure to tune into the Ravenswood premiere on ABC Family this Tuesday, Oct. 22 at 9 p.m. ET/PT (right after the Pretty Little Liars annual Halloween special). And for you East Coasters, follow along with us @girlslifemag on Twitter during the show for our two cents.

Will you be checking out Ravenswood? Which character are you most excited to see? Share in the comments below.