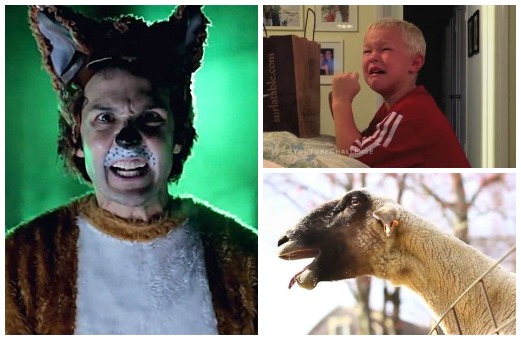 2013 is winding down and there’s no argument that this year has been the year of YouTube. Vids were going viral every which way these past 12 months—and all of them made us laugh. To help ya end the year ROFL, here are some of the latest hilarious viral videos to have stolen our hearts.

What Does the Fox Say?

The song “What Does the Fox Say?” doesn’t even need an introduction. This viral hit even made it on the music charts! It makes us wonder: What does the fox really say?

Jimmy Kimmel, I Told My Kids I Ate All Their Halloween Candy

This is the third year that Jimmy Kimmel has sent parents a challenge to tell their children that they ate their Halloween candy…and record their reactions. From screams to minimal tears, this was one of the best years yet!

How Animals Eat Their Food

If you’ve ever wondered how a flamingo would eat its food, look no further. This hilarious vid shows how different animals eat. You’ll be laughing from the very first second—promise!

T. Swift’s song “I Knew You Were Trouble” is a mega hit and we thought nothing could make it better—until we heard this goat remix. In this vid, you get to listen to your fave tunes that also include artists like Miley Cyrus and Adele with an unexpected remix during each chorus.

Vine has taken over 2013, resulting in hilarious accounts with millions of followers. One of our fave accounts is BatDad: A normal dad with a Batman mask who documents his life with his wife and four kids. This vid is a compilation of some of his best vines yet!

Convos With My 2 Year Old

What’s funnier than two grown men reenacting conversations that they’ve had with their children? Nothing! It’s no secret that kids are hilarious, but when you add in dads acting as their daughters, it’s even better.

Baby & Me – The New Evian Film

CGI dancing babies have been all the rage in commercials, but this one had us laughing the whole time. This vid shows what would happen if you saw your reflection and there was a baby version of you in your place. Love!

POSTED IN entertainment, watch this, new year's, Best of 2013 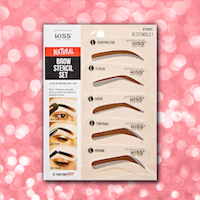