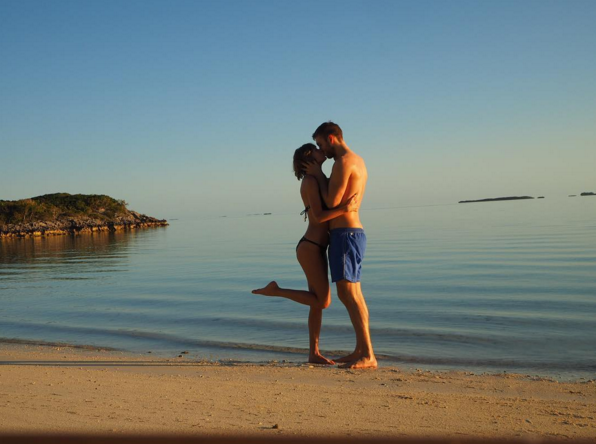 Spring is nearly here and things are heating up in the celeb world. Check out what you might've missed this week.

We can’t let this go
Getting the news of a sequel to Frozen was exciting, but this week Kristen Bell (aka the voice of Anna) gave us another present: an unreleased song from the original film. Singing with co-star Idina Menzel (the voice of Elsa) at a benefit, Kristen decided to perform a cut track called “The Spare.” Fellow Frozen star Josh Gad (Olaf) posted a clip of it on his Insta, captioning, “I mean who sounds like this at 10 AM?!!! @kristenanniebell singing a cut song from #frozen for today's #broaderway benefit. Insane.” Listen to the clip here.

The PLL season six finale finally happened (spoilers ahead!)
Since Pretty Little Liars decided to split season six into two parts, it seems like it's lasted a while, but this week, the finale finally happened—and a twin is in the mix! Those who read the books before seeing the series have always questioned writers about whether or not the plot would be continued in the show, and this week we found out that Ali's deceased mom, Jessica DiLaurentis, is the one who has the mystery twin—and she's not in Rosewood for the right reasons. There was plenty of shade, suspicion and surprise in this season's final ep—like Elliot ollins' reason for marrying Ali, and the Ezria reunions fans have been waiting for. Though we're not sure we're ready for the end of PLL with season seven, we can't wait to tune in.

Girl power anthem
First Lady Michelle Obama has done many amazing things while her husband has been president, but this week she surprised everyone with a serious girl power anthem. Featuring some major celebs—including Kelly Clarkson, Lea Michele and Zendaya—the song rocks, and all the proceeds from will go towards Mrs. Obama's “Let Girls Learn” initiative. Titled “This is For My Girls,” the FLOTUS released the tune at the South by Southwest Festival. Grab it on iTunes here.

Talvin had the ultimate getaway
Of course Taylor Swift and Calvin Harris are one of your fave celeb couples, but they just got even cuter. They celebrated their one year anniversary this week by taking a romantic couple's trip together, and posted the pics to Instagram to make us all insta-jealous. From jet skis to giant water trampolines to their infamous swan floatie, it looks like the trip was one for the books. We’re happy to see Talvin doing well, and can’t wait to see where their adorableness will take them next!

M.C. Emma Watson?
When Emma Watson recently announced she’d be taking a year off from acting to work on reading about and working for feminism, it seemed like a great idea. Little did we know, she’d also pick up a new talent on the side—beatboxing! Joining forces with Lin-Manuel Miranda, the creator of Broadway’s newest hit show Hamilton, the pair made a vid to promote the #HeForShe campaign. Miranda agreed to show off freestyle rap skills for the cause, but only if Watson would drop a beat for him. She warned him it “would be bad,” but still gave it a try, and it most def was entertaining. Watch the whole thing here.

What celeb made you go, "OMG!" this week?