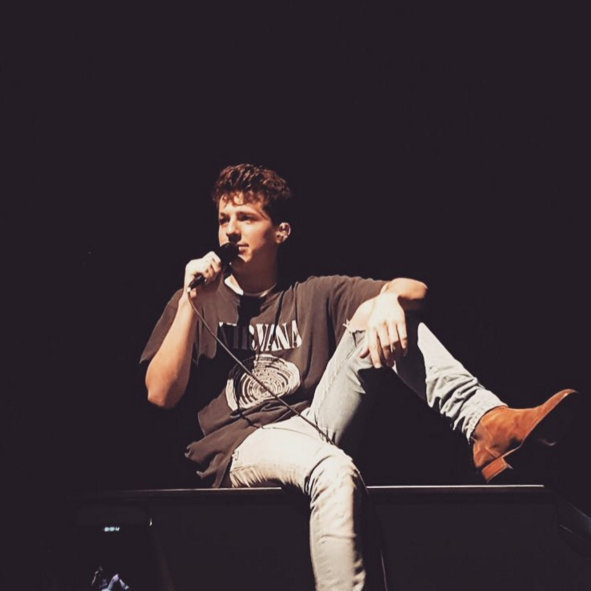 The last week of March brought many OMG moments, but these ones especially caught our eye. With a reunion announced, a budding relationship making its way and a fun new commercial for Apple Music, this week was an eventful one.

We’ve all been missing Good Luck CHarlie since it ended in 2014, but this news will make you super happy: Series stars Jason Dolley (who played PJ Duncan), Bradley Steven Perry (Gabe Duncan) and Shane Harper (Spencer Walsh) all posed together for a cute Insta photo posted by Dolley, captioned “H A R D L Y W O R K I N G.” When asked whether they were teaming up for a project, Jason admitted they definitely had soemthing up their sleeves—but didn’t release any other details. It def sounds like some exciting collab news is on its way from these members of the GLC cast.

Is Charlena a thing?

This isn’t good news for all of you hopeful Jelena fans out there—Selena Gomez and Charlie Puth are rumored to be the latest celeb couple. Sources close to Sel say she’s “super into him” and that Charlie is working to take their flirty friendship to the next level. According to HollywoodLife, Puth and Gomez are trying to take it slow for now. “They are both not out to hurt each other and really dig each others company, but they are not going overboard with things,” an insider said. “Charlie is more into it then her, but she is willing to give things a chance. They are taking things day by day.”

It's a Taylor-tunes team up

If you follow the pop star on any of her social media accounts, then you know that Taylor Swift is the face of Apple Music’s latest commercial—and it’s hilarious. The “Shake It Off” singer is def not known for being a rapper, so when she starts out on a treadmill rapping and rocking out hard to some tunes by Drake, it’s like Swifties get to see a whole new side. The commercial goes on to show Tay rocking out so hard that she falls right off the treadmill—OMG. Check it out here.

Award show season is still going strong, and next Sunday, April 10 you can tune in to the MTV Movie Awards. This week we found out that none other than Ariana Grande and Halsey will be ripping up the stage. With Ari tackling tracks like her new "Dangerous Woman" and Halsey busting out "Castle," this is a show to see. Plus, you won't want to miss guests like Zac Efron and Gigi Hadid. The show kicks off at 8 p.m. on MTV, and will be hosted by Dwayne “The Rock” Johnson and Kevin Hart.

Tickets are currently on sale for this summer's concert tour that will show twosome Nick Jonas and Demi Lovato, but this week the duo gave a special early performance for some fans. The 23-year-old stars took time out of their busy schedules this week to visit Children’s Hospital Los Angeles, where they surprised patients with a performance and meet and greet, touching many hearts along the way. “I think that it helps the kids feel special,” said child life specialist Lisa Cies. “When they’re in the hospital so much, they think they’re left out from a lot of normal things, whether it’s school, seeing their friends… but they kind of got their own concert here today. So they got to have something that was special for them.” See the vid of their performance here.