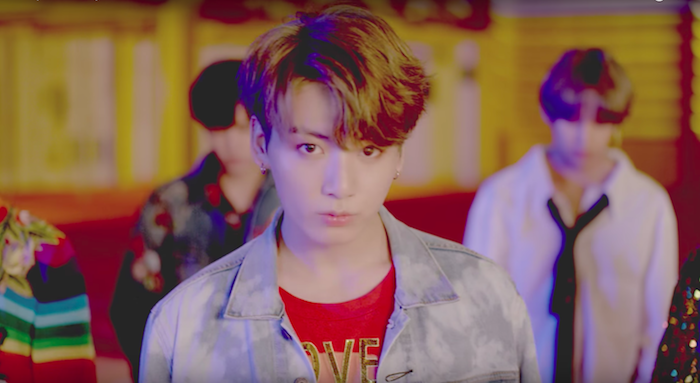 New (school) year, new you, new music—right? With the excitement of the new school year dying down, you may be needing some new songs to jam to, to help pump you up, get you excited or to give you all the feels.

Don’t worry, we got you girl. Here are the newest and best songs, music videos and remixes to keep you inspired. If you need us, we’ll be jamming out to these tracks by BTS, Sarah Close, Lorde, PRETTYMUCH and Alex Aiono all month long.

PRETTYMUCH’s music video for “Would You Mind”

If you’ve been paying attention, you'll know that we’re obsessed with PRETTYMUCH. We talked about this single back in July, but the music video is even better. You get to listen to (and look at) the five amazing boys in this LA-based video. Plus, you get some behind-the-scenes insight on the group dynamic which they call a “brotherhood.” How cute is that?

If you're into Melodrama, then you don’t want to miss Lorde's official remix of “Homemade Dynamite,” the third released track off the album. For the track, Lorde collaborated with her tour-mate Khalid, as well as Post Malone and SZA. You can expect the 20-year-old's signature lyrical genius with brand new voices and verses. And guess what? The combo is d-d-d-dynamite.

BTS’s album and music video for their comeback track “DNA”

In case you had an doubts, the K-Pop trend is here to stay. BTS, based out of Seoul, Korea, released their new music video and 11-track album, LOVE YOURSELF. today, and it's fire. ‘Her’ explores genres new-to-them such as EDM, disco and synth punk while focusing on the themes of love and new relationships. Super sweet, right? Check out the colorful video for "DNA," which is meant to visually demonstrate the lyrics, “The two of us are connected fatefully from the beginning, and we’re together from DNA.”

Sarah Close’s single “Only You”

OK, this is your girl power jam of the month. Sarah Close is a British singer-songwriter who you may know from her covers on YouTube. She released an EP in April, and is now back with her second single “Only You.” It’s a breakup song that tells the story of the singer realizing she isn’t being treated right and moving toward a happier future. How awesome is that? You’ll love this catchy song, and be screaming along to the lyrics in no time.

Alex Aiono’s “Does It Feel Like Falling” featuring Trinidad Cardona

We've been watching Alex for a while now. In fact, we named him as an artist to watch in 2017 and loved his single, "Question." Now, Alex is back with a catchy, upbeat and very sweet single. Alex says the song is, “a poem about how love shows up when you never see it coming.” See, we told you he was adorable! This song will definitely be you and your bae's go-to car tune.

What new songs have you been blasting lately? Let us know in the comments!