Watch: Is “The Man” Taylor Swift’s boldest move yet?

Attacking double standards! If you've ever given Taylor Swift's "The Man " a listen, you know the song is all about how different it must feel to walk through the world as a man. With lyrics like, "I'm so sick of running/As fast as I can/Wondering if I'd get there quicker/If I was a man," Taylor's point is clear. So, when it came time to film a video for the track, Taylor went all in, adding a bold, powerful visual to her take on gender inequality.

In the video, a man (played by Taylor!) manspreads on the subway, ashes his cigar on a bystander, urinates in public...and doesn't get one ounce of pushback. In true Taylor form, the clip is loaded with Easter eggs. That urination scene? Well, if you look closely, "the man" is peeing on a wall that's covered with graffiti of Taylor's album names. There's also a "no scooter" sign on the same wall, so fans who connected the scene to how Taylor must feel about Scooter Braun now owning her first six albums were not off base.

That's not the only art-imitating-life moment. At the end of the clip, "the man" is playing tennis, and though he irately screams at the referee, he's never penalized...unlike what happened to tennis great Serena Williams at the 2018 US Open. She was penalized for verbally abusing a referee, even though many tennis fans and players alike admitted that they've seem some male tennis greats use the same language without any consequences.

There are also jabs at double standards when it comes to dating. Taylor makes the point that male celebrities like Leonardo DiCaprio are celebrated for their active dating lives, while female celebrities are labeled for similar behavior.

The best part? Taylor directed the video herself. We stan a strong woman who isn't afraid to let "the man" know who's boss!

What do you think of the "The Man" video? Let us know in the comments! 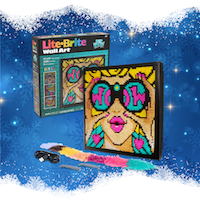