After two years, Shawn Mendes *finally* released his newest album, Wonder, and it’s *so* dreamy. If you’re ready to slip into a wonderland, then you need to listen to this rn.

Wonder is Shawn’s fourth studio album (and one of our faves). From his tattoo (wonder), to his relationship with Camilla Cabello, Wonder is one of his most personal albums *ever*.

Leading up to the drop, Shawn released his Netflix documentary, Shawn Mendes: In Wonder. This new film exclusively documents the past few years of his life and the process of creating his newest album.

From his hit singles to his slower songs, Shawn opened his heart and wrote it down, creating a real and raw album that makes Wonder a true work of art.

His newest music sounds much like his past albums but with a little but of *spice*. For the first time ever, Wonder starts off with an intro song (and we're obsessed).

Some of Shawn’s songs were *definitely* inspired by Camilla: "Dream," "Always Been You" and "Can’t Imagine." And they are literally a dream. If you love romance then you’ll fall in love even more.

To add another personal touch, Shawn worked with Justin Bieber to create their real and raw single, "Monster." The song shows what it’s like to become famous at such a young age (and it's *so* powerful.)

Wonder shows *just* how much Shawn has grown over the years as an artist and as a person. Filled with a lot of love, loneliness and happiness, it's truly a beautiful album to sit back, close your eyes and experience.

We're *so* excited for this new era of Shawn—Stream Wonder here!

What's your favorite song off of Wonder? Let us know on Twitter @girlslifemag! 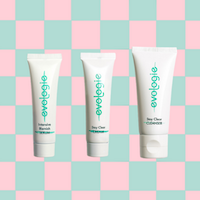