10 things to know before streaming The Kissing Booth 3

If you're anything like us, you've been dying to hear the deets on the final movie in The Kissing Booth franchise. Inspired by The Kissing Booth books by Beth Reekles, the movies follow Elle Evans and Lee Flynn, two BFFs whose friendship is challenged when Elle falls in love with Lee's older brother Noah. Need a quick recap of where the The Kissing Booth movies left off? We've got you covered. The most recent release followed Elle as she navigated her senior year of high school, said goodbye to Noah (he just went to Harvard, NBD) and entered a dance competition to help pay for her college tuition. To help prepare you for the release of the third, and final, Kissing Booth movie, we've rounded up 10 things you *need* to know before watching.

1. The full trailer was just released

...& the sneak peek looks SO good. Basically, the movie takes place over the course of the summer before Elle heads off to college, when she is faced with the ultimate decision. Should she go to college with her S.O.? Or should she fulfill her childhood dream of going to college with her BFF? The trailer gave us *so* many clues about Elle's final summer, so make sure to check it out!

2. The full movie will be released in August 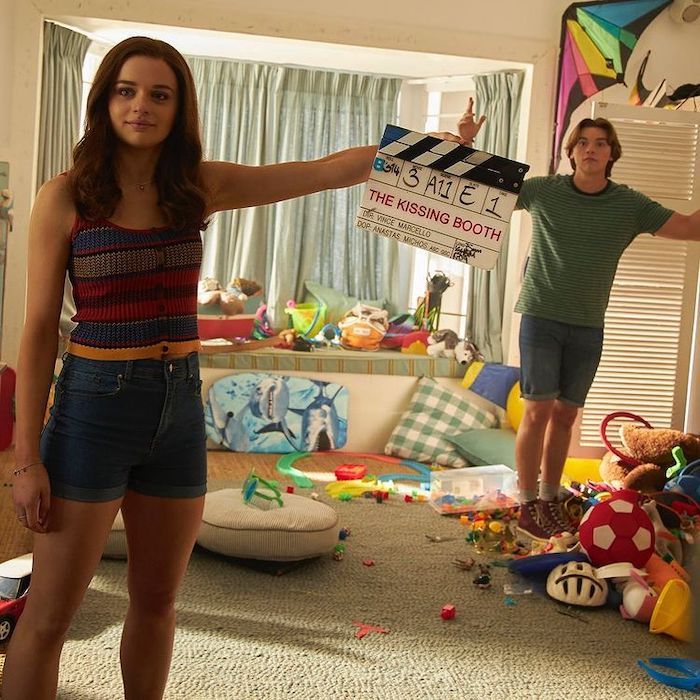 3. All of the main cast is returning

The trailer shows all of the O.G. cast members, and some familiar faces from the second movie. Our fave bestie duo will continue to be played by Joey King and Joel Courtney. Jacob Elordi is also back in his dreamy role as Noah Flynn, and Molly Ringwald is continuing her role as Flynn and Noah's mom. 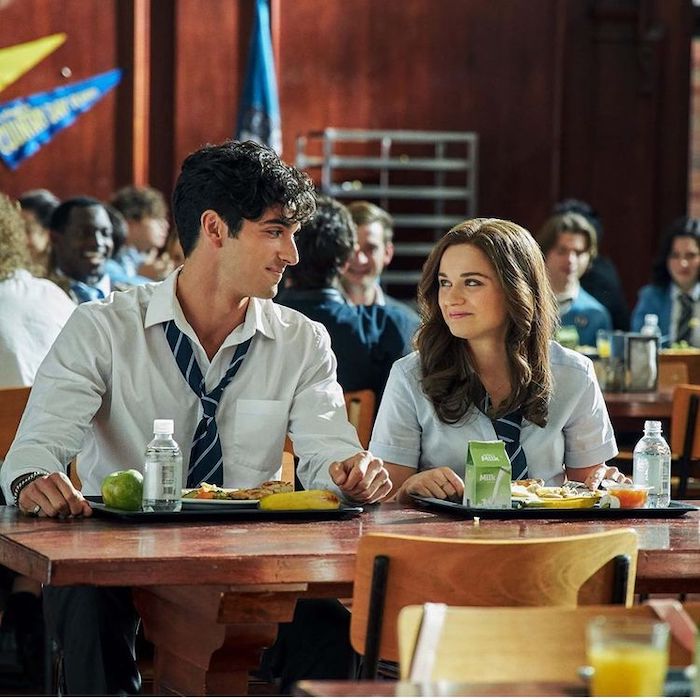 In the second movie, Elle enters a dance competition with the new transfer student, Marco. The two develop a close connection, but quickly deny their feelings for each other. As Elle struggles with the confusion of trying to make everyone happy, she runs into Marco while working at the beach. When Elle confides in Marco about her college decisions she says, "between spending time with Noah, picking a school and doing the bucket list with Lee, I just feel like I'm running around like a crazy person." Later in the trailer, Marco tells Elle that she's not meant to be with Noah, which is sure to cause *major* drama in Elle and Noah's relationship.

5. Elle gets accepted to both Berkeley and Harvard

The second movie ends with a cliffhanger about where Elle will go to college. She tells Noah that she get off of the waitlist at Harvard, which leaves her faced with the choice between going to Berkeley with Lee or going to Harvard with Noah. Keeping with the theme of the first movie, the third movie will explore Elle's decision-making process as she has to decide between hurting her best friend or her boyfriend. 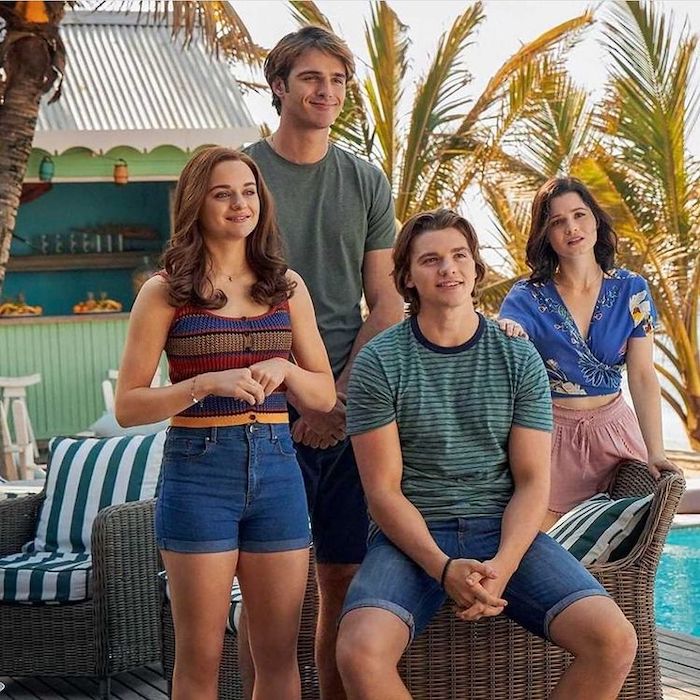 The South African actress Meganne Young made her first appearance in the franchise playing Rachel, Lee's love interest. In the second movie, Rachel feels threatened by Elle and Lee's close friendship, and doesn't like that Elle is always around when her and Lee hang out. Rachel asks Lee to talk to Elle, but he never does. Rachel breaks up with Lee, but they end up rekindling their connection at the kissing booth. It seems that their relationship continues to thrive as Rachel is seen hanging at the beach with Lee all summer long. 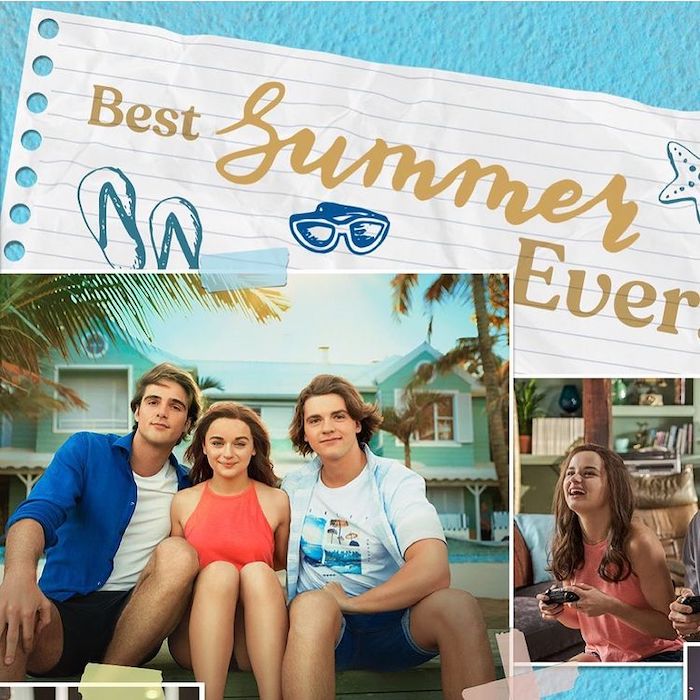 Elle and Lee are starting off their summer at the beach house. Elle, Lee, Rachel and Noah have the house to themselves which is sure to be an adventure. Elle and Lee created a beach bucket list when they were kids, and now they want to complete it before the end of their last summer. The list includes crazy activities like cliff jumping, skydiving and sumo wrestling.

After moving away from Elle and starting college at Harvard, Noah becomes close with a new girl named Chloe. Played by Maisie Richardson-Sellers, Chloe is a spunky Harvard student who Elle suspects is crushing on Noah. When Elle visits Noah in Boston, she finds Chloe's earring in his room and immediately becomes upset. Noah later explains that Chloe is just a friend, and Elle forgives him. It seems that Chloe and Noah have still remained close, as the pair are seen hanging out in the new trailer. When Elle struggles to decide where she will go to college, Noah confides in Chloe asking "is she gonna make a decision just for me?" Chloe advises him to trust Elle, and it seems as if Noah and Chloe really are just friends.

9. Elle and Noah's relationship will be tested 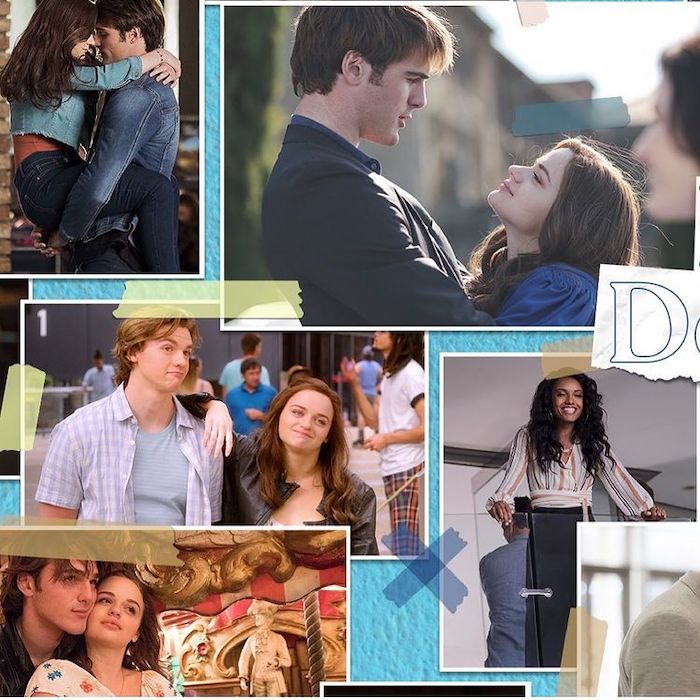 With Marco confessing his feelings for Elle (plus Chloe returning), there is bound to be a bit of drama in Elle and Noah's relationship. Elle and Noah have gone long distance since Noah went to Harvard, and now she might have to go through the heartbreak all over again if she goes to school with Lee. In the trailer, Marco and Noah seem to be tense around each other, as Noah says "I'm not doing this," and Elle is shown running after Noah crying.

10. Elle has to figure out what she wants for herself 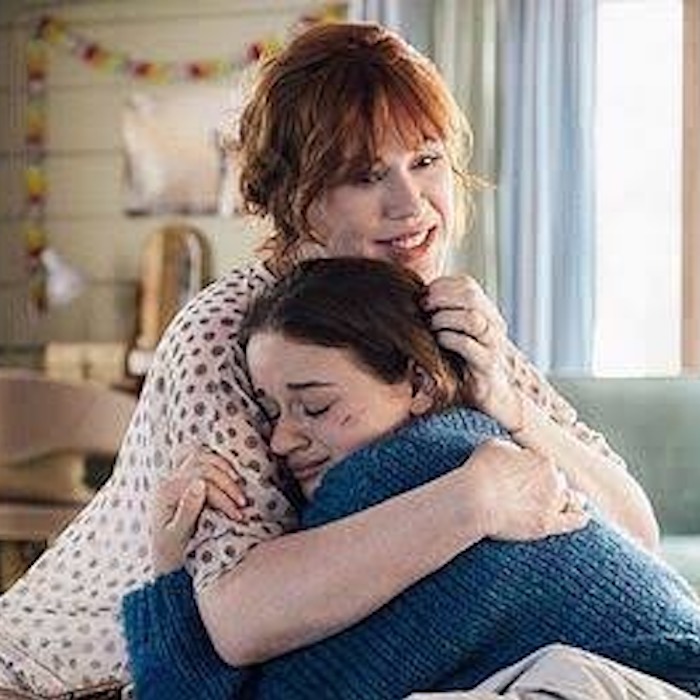 As Elle confides in Mrs. Flynn, she expresses her concern with choosing between schools and trying to satisfy both Noah and Lee. Mrs. Flynn says, "Maybe your choices have more to do with what other people want." By encouraging Elle to figure out what she really wants, Mrs. Flynn inspires Elle to reconsider her decision-making process. Elle wants to figure out who she is, and we can't wait to see what she decides when the full movie is released.

Let us know what you're most looking forward to in The Kissing Booth 3 @girlslifemag!