Everything we know so far about the Percy Jackson Disney+ series 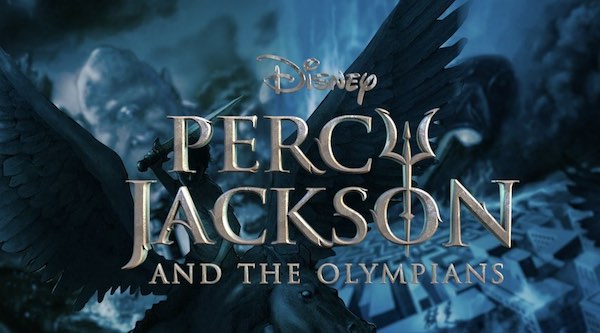 Percy Jackson was a reading staple for so many of us growing up. Remember being *obsessed* with taking quizzes to find out who your godly parent would be? We saw Percy Jackson and his crew come to life in two movies released in 2010 and 2013, but fans weren't impressed with these film adaptations—even Rick Riordan has said that he didn't like the movies. In late 2019, Riordan confirmed that he was talking to Disney about creating the live-action series adaptation that Percy Jackson deserves. Since then, we've had a smattering of updates here and there, but the show's development has been gaining momentum in the past few months. Here's everything we know so far about the Disney+ show of our childhood dreams.

Rick Riordan will be a producer

"When this series moves forward (fingers and toes crossed, of course) I am confident it will be the show we’ve been waiting for."https://t.co/m9JY8uHcLt

If you're one of those fans who was disappointed in the movie adaptations, you'll be relieved to hear that Rick Riordan now has a much bigger say in what the Disney+ show will look like. In fact, he and his wife Becky created their own production company, Mythomagic, Inc., to develop TV and film content for Rick Riordan's work. Both Rick and Becky will serve as producers for the Percy Jackson series, so we'll definitely get a more true-to-story adaptation. The author has confirmed that we'll get to see scenes that were left out of the movies (like the *iconic* St. Louis scene where Percy jumps off the arches) and that the actors will be closer to the characters' ages.

Great news to share this morning. Yesterday our team sent the #PercyJackson pilot script up the chain of command at the TV studio for notes and approvals. Why is this news? Adaptation is a very slow collaborative process so we are excited for every step in the right direction!

Rick Riordan will not only produce the show, but he, along with screenwriter Jon Steinberg, has also written the script for the first episode. According to Riordan's blog, this pilot script has been approved by the Disney execs, and they have already chosen the writers to work on the rest of the episodes. The people in the Percy Jackson writers' room include screenwriters for Agents of S.H.I.E.L.D., A Series of Unfortunate Events and The Lightning Thief musical. Rick and Becky, of course, are also in the writers' room throughout the whole process, and all the writers got started on July 12.

"At present, we are talking through outlines for episodes two and three," the author said in his blog update on July 13. "I can't stress enough how great it is to work with a team that gets the spirit of PJO."

Season one will cover the first book in the series

Rick Riordan and Jon Steinberg also created an outline for season one, and we know that the first season will follow the plot of The Lightning Thief, the first book in the Percy Jackson and the Olympians series. This hopefully means that none of the plot points will be rushed like they were in the 2013 movie where events from different books were put into Sea of Monsters. We'll also get to see 12-year-old Percy Jackson have his first interactions at Camp Half-Blood.

The *best* part? If season one does well and the writers continue to follow a book-per-season structure, we just might be in for another four seasons of Percy Jackson to cover the five books in the series. Riordan has other books outside of the original series that take place in the Percy Jackson universe—and who knows? With Mythomagic, Inc. dedicated to adapting Riordan's books, this first season of Percy Jackson could be the catalyst for a whole cinematic Riordanverse.

It will likely be a big-budget project

The Percy Jackson series will apparently have a huge budget. We're talking Star Wars and Marvel Cinematic Universe huge, which are Disney's most valuable franchises, so we can *def* expect high-quality production and CGI.

This just in from Mount Olympus: A FIRST LOOK at the logo for PERCY JACKSON AND THE OLYMPIANS on @disneyplus!! pic.twitter.com/ZeBQChkN7o

"Good TV ain't cheap," Riordan wrote on his blog. "Quality-wise, this has to stand toe-to-toe with Disney+ hits like Wandavision and Mandalorian."

For context, the first season of The Mandalorian had a budget of around $100 million, while WandaVision's budget reportedly was over $200 million. Hopefully, we'll the Percy Jackson series get the same treatment and care as the Star Wars and MCU shows.

They're currently in the casting process

Disney started the casting process in April, and according to Riordan's update, they want to find their Percy before casting the other characters. They're looking for an actor who can "play 12" and grow up with Percy as the series goes on, similar to what happened with the Harry Potter actors. There aren't many updates about the cast yet, but just knowing that they're looking for actors makes it feel like the show is *finally* underway.

There's no release date yet

Because the show is in such early stages, there's no telling when we'll be able to stream it. Some people have speculated that if everything goes smoothly, we might have a finished product by sometime in 2022, but seeing that they just started casting the main character a few months ago, we'll likely need to wait a few more years to see some of our fave characters come to life on screen.

Which character are you most excited to see in the Disney+ series? Let us know on Twitter @girlslifemag!