What it's like to go viral on TikTok: One GL girl tells her story 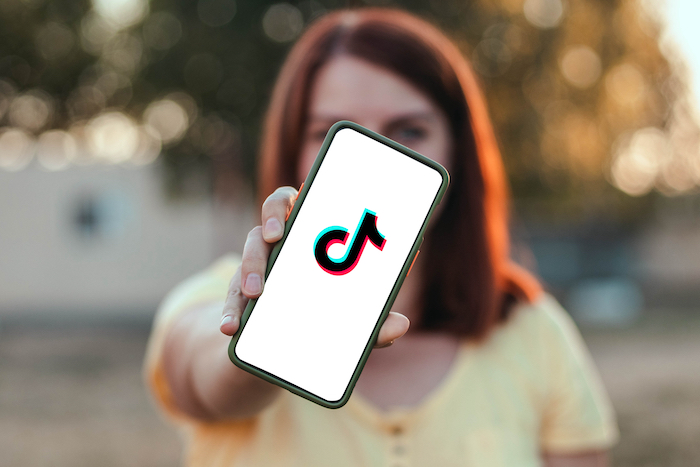 How an inside joke video about my time as the voice of a Bubble Guppy made my follower count explode—and changed the way I think about myself.

Before my first day of high school, my classmates *fully* stalked me online, no cap. And I'm not just talking about a quick scroll through my Instagram. The girls in my grade (many of whom would later become my BFFs) did a full-on Google search. And, tbh, when I found out it was happening, I kinda understood why.

Let's be clear: I'm not famous. But I've been a professional actor since I was 6. You may have spotted my fave or heard my voice (more on that later) on a throwback TV show. You may have even seen me years ago on Broadway as the lead in Matilda the Musical—an experience of a lifetime and one I'm super grateful for. But my current claim to fame? It all started with me, bored on a weekday afternoon, posting on TikTok.

Over a decade ago, I decided to go out for my very first acting audition. And,  much to my surprise, it was a success. But it wasn't *exactly* the onscreen stardom I'd pictured. Instead, it was a voiceover role for a cartoon. That gig led to others, including one as the voice of Oona on a Nick Jr. show that aired back in the early 2010s called Bubble Guppies.

Fast forward to last year when I randomly posted a TikTok to my few dozen followers (mostly friends from school) lip-syncing Coco Jones' "Yes I did that" meme in front of a green screen of my time on Bubble Guppies. It was meant purely as a joke for my friends. But I didn't realize the power of the Bubble Guppies stan community...and it went minorly viral (the post has 2.1 million views and counting).

##greenscreen this was a draft

♬ Coco Jones yes I did that - daniel leon-kit

Practically overnight, I gained 20,000 followers and started getting tons of comments from fans from the show. Though it was easy to poke fun at myself for voicing Oona, the comments made me realize all the positive ways the show had affected people—and, honestly, it made me feel pretty proud of my past.

In the moment, it's hard to know what's going to feel important later on. When I think about what makes me feel accomplished, it's easy to jump to something obvious like scoring the role on Broadway. But it's also super important to look at the mini wins along the way—all the auditions, rejections, time spent voicing cartoon characters and the TikToks I made that didn't go viral. Because it's those moments that are really making me who I am...and who knows what will make an impact on the world down the line?

I'm not saying my new career ambition is to be the face of Bubble Guppies TikTok or anything, but if that turns out to be the height of my internet fame? That's fine by me.