OK, OK, so maybe we GL gals aren’t the most musical of the bunch. But that doesn’t mean we don’t play a mean Rock Band! Girls’ Life editors weigh in our very favorite games from 2008. Take a look at our list, then let us know which ones you love to play.


TRISH: “Rock Band 2, hands down! These guys are geniuses. It can turn any get-together into a crazy, energetic, awesome time. I could play those drums, or do tug-of-war on the mic, for hours—or until my eyes start to burn out of my head from staring at the screen!”

JIAE: “This was the year I discovered Rock Band, and I’ve never been the same since!”


L’OREAL: Wii Fit
KERI: “Boom Blox for Wii. Steven Spielberg is great with movies but who knew he could create such awesome video games too. Very basic Jenga-like skills and multi-player play mode make this game simply fun to play.”

AMANDA: “So I’m not the most technologically savvy person when it comes to games. But do you know what is really fun? Creating creatures in Spore. I don’t really care about the rest of the game, like letting my little guy prosper and whatever. But designing him is SO fun.”

What games do YOU love to play? Tell us now!

CLICK HERE to sing the praises of your fave actors and actresses NOW! 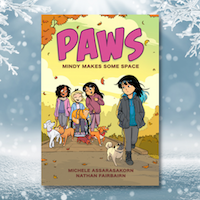