One is Greater Than None 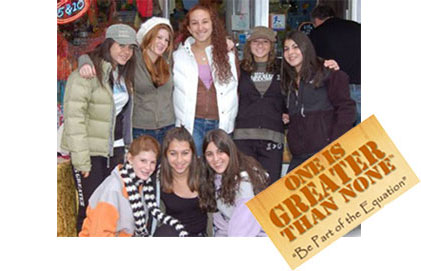 Want to make a difference, but don’t know where to start? Meet Nicole, a teen just like you who’s stepping up for a cause. After hearing about an organization started by peers in her community, Nicole is doing her part to help out by planning a benefit concert on March 20, 2009 for the charity One is Greater Than None. Just a sophomore from Hewlett High School, she hopes to inspire YOU to make a difference. 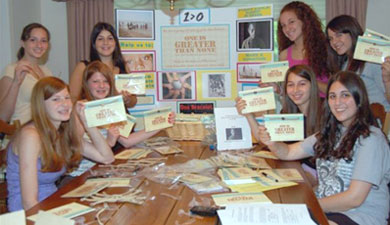 1>0 “Be Part of the Equation”
In April 2007, eight 14 year-old girls from Long Island watched a segment on The Oprah Winfrey Show documenting the plight of children enslaved in the fishing villages of Ghana, Africa. After seeing the show, the girls were moved to take action. They started raising funds by selling handmade bracelets and necklaces in their hometown and through their website. In just one year, One is Greater Than None has raised over $100,000 and funded rescue missions for more than 18 children in cooperation with the International Organization for Migration.


Check out their jewelry and clothing line HERE to donate!

This March, the organization amps up its efforts with a concert featuring artists Saving Jane, Tamarama (with Jay from MTV's The City), Push Play, Graham Colton and WOW! At the event, hosted by Chris Koon at the Hammerstein Ballroom in New York City, the charity along with performing musicians will present a check for $68,800 to the International Organization for Migration (to pay for the rescue of 16 children). The best news? YOU can attend the benefit concert for One is Greater than None. For more info, visit their site oneisgreaterthannone.org for all the deets.