Review: "Harry Potter and the Half-Blood Prince" on the big screen 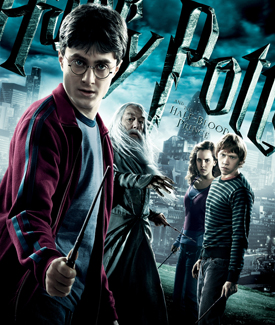 For some, July might mean BBQs, fireworks and swimming pools, but for a lot of you gals out there, it’s all about the LOONNGG awaited release of the newest HP movie: Harry Potter and the Half-Blood Prince! Yup, that’s right my marvelous muggle (OK, and witch) sisters were FINALLY able to see what happens to Harry, Ron and Hermione!

Monday morning, I completely had my own Charlie and the Chocolate Factory moment. Feeling like I had won the golden ticket, I got to see a first-hand peek at the new HP flick. OK, so I know almost the entire planet has read Harry Potter, but for the babes out there who weren’t one of the bajillions to race to the nearest bookstore to snag a copy of the Half-Blood Prince, I’ll fill you in on what has happened to Harry since we last saw him. 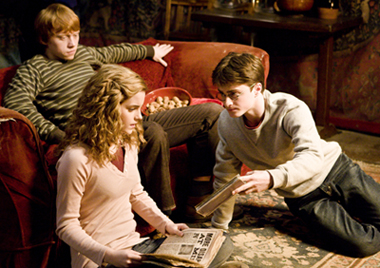 It’s Harry’s sixth year at Hogwarts and already things aren’t looking good. Draco Malfoy’s mother has Professor Snape make an unbreakable vow to protect her son after Lord Voldemort has given Malfoy specific orders. When the kids get to school, they’re shocked to find that Snape has been replaced as potions master by the new teacher, Slughorn, and is now the Defense Against the Dark Arts instructor.

Professor Dumbledore—head of Hogwarts—forces Harry to take potions with Slughorn in order to get the inside scoop on the teacher’s old student, Tom Riddle (better known as Lord Voldemort!). While taking the class, Harry uses the textbooks once used by the mysterious “Half-Blood Prince.” Through Slughorn, Harry and Dumbledore find just what they were looking for on Lord Voldemort, hopefully leading them to defeat the dark wizard.

Will Harry and Dumbledore finally conquer Voldemort once and for all? What about Malfoy? What are the orders he was given by the dark lord? And who is this mysterious “Half-Blood Prince”?! You’ll just have to see the fab film to find out! 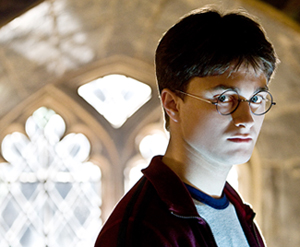 Harry Potter and the Half-Blood Prince has something every moviegoer will be sure to love! There’s action, humor, suspense—and don’t forget romance now that the kids are growin’ up! Mega fans of J.K. Rowling’s books are sure to be pleased by the film version of their fave book. While it’s hard to fit the entire book into a two and a half hour long movie, the director sure does a great job of staying true to the read!


Check out Harry Potter and the Half-Blood Prince when it hits theaters Wednesday, July 15. For you chicas out there who can’t wait, a bunch of cities will have screenings starting at 12:01am.
-Katy John
PHOTO CR: Jaap Buitendijk/WARNER BROS.

Can't get enough of Harry and friends!? Take our quiz to find out which Harry Potter hottie is for you RIGHT NOW!
PLUS! Get the scoop on the latest Harry Potter book: Harry Potter and the Deathly Hollows. CLICK HERE to read all about it.