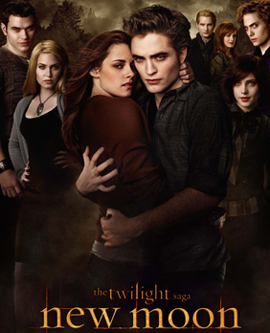 Whether you’re a total fanatic or not phased in the slightest, Twilight has sure been on the tip of everyone’s tongue this week. So now’s your chance to really let us know your thoughts on the entire saga. Enjoy!

Which Twilight character would you want to date most in real life?

Would you rather be a vampire or a werewolf?

Which Twilight book is your favorite?

Which vampire power would you most like to have?

Which is better: Twilight the movie or “Twilight” the book?

Do you believe in vampires or werewolves?

What would you do if you met Rob Pattinson?

What would you do if you met Taylor Lautner?


By: Molly Crawford
Love all things Twilight? Wanna have a party to celebrate? Throw a New Moon Overnighter with your friends.
Did YOU see New Moon yet? We did! Check out GL's New Moon review right here!