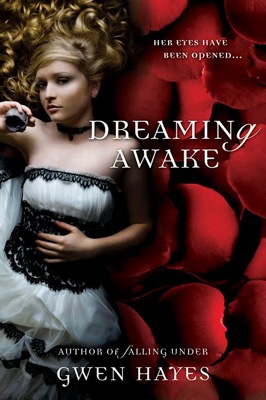 Got a bunch of bookstore gift cards from relatives who didn’t know what else to buy you? Now you’re stuck with loads of moolah for reads and you have no clue what to buy.

Here’s a list of the top books we’re looking forward to reading in 2012!

The Boy Project by Kami Kinard

Seventh grader Kara McAllister wants answers and she has just the idea for a project that will hopefully fix her problem: How can she get a boyfriend? Soon, Kara realizes this project is more than just taking notes on all the boys in her grade—secrets and lies are revealed. Will it all be worth it?

The sequel to Falling Under, Theia is back again, fighting for a normal life. She returns to Serendipity Falls and is struggling with the same deadly hungers who tortured Haden. Mysteriously, her classmates fall ill, and Theia wonders how much longer she will have control of her own life. Soon, Theia will have to choose between family and friends or her dangerous love.

Piper’s birthday falls on the most romantic day of the year, and she is no romantic! But she agrees to follow her best friends’ plans: They will all find dates in time for Valentine’s Day, whatever it takes. Piper ends up dating the most popular guy in school, but even with all the love in the air, why does Piper have a bad feeling about it all?

When four completely different girls are forced to work together to create a magazine for a school competition, they struggle to agree on anything. But when their rivals accuse them of cheating, will they be able to put aside their differences and pull off their first issue?

The Boy on Cinnamon Street by Phoebe Stone

In Louise Terrace’s life, things never seem to work out. Her secret admirer will never give up on her, and while he seems perfect, they never meet up. She is a star gymnast, but is not captain of her school team. What could be holding Louise back? Read and find out.

The eleventh book in the Pretty Little Liars series, the four Rosewood girls are back yet again, dealing with the aftermath of A. What else do the four friends have in store for them? We can’t wait to find out!

Out of Sight, Out of Time by Ally Carter

The Gallagher girls are back again! Cammie Morgan must protect her friends and family from the Circle of Cavan—the ancient terrorist still hunting her since last year. But once Cammie wakes up and realizes months have passed, she must retrace her summer vacation to get the answers she needs in order to save herself and her loved ones.

The Fame Game by Lauren Conrad

Madison Parker is tired of being known on the reality series L.A. Candy as the best frenemy of Jane Roberts, the nice-girl-next-door girl. Madison wants her own fame and will get it whatever it takes. Hollywood can be a tough place to live. And with the new aspiring actress Carmen Price, Hollywood royalty, Madison has got her hands full.

Which book are you looking forward to reading the most this year? Blog about it, babes.
Love this post? You'll heart these, too!
» Our favorite Christmas classics 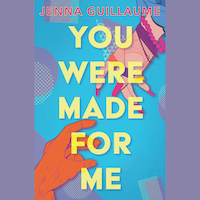