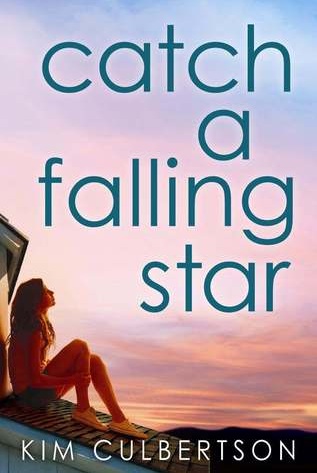 Dreaming of Hollywood? Catch a Falling Star by Kim Culbertson gives you a sampling of what it’s like, considering the main character is the GF of a famous actor.

Carter’s lived an average life in Little, California and she’s perfectly comfortable spending her summer working at her family’s café and stargazing with her best friends. But when Hollywood takes over her town to film a new movie, everyone is dying to get a glimpse of the super cute movie star Adam Jakes.

Adam was child star who’s made some big mistakes over the years and is now attempting to regain his fame. And it appears that Carter is the only girl who doesn’t seem to be infatuated with him. But after calming down some protestors, Carter catches the eye of Adam’s manager Parker Hill, and her whole life is turned upside down.

Parker offers Carter the job of becoming Adam’s fake girlfriend (though the public would think it’s the real deal) to help boost his image—including an immense amount of money that she can’t refuse. Having to be in a fake relationship with a Hollywood star and lying to her friends and family is not what Carter had in mind for this summer. But as the summer goes on, she realizes that she’s made false assumptions about Adam and could possibly be falling for him. As it becomes unclear as to what is real and what is fake, Carter is forced to think about the future and life after high school—something that she has avoided for the past year.

Catch a Falling Star is full of hilarious stories with relatable moments that will keep you turning the page. Will Carter be able to face her fears of the future? Can this fake relationship turn into something more? The only way to find out is to pick up a copy when it hits shelves on April 29.

Would you ever fake date a celebrity? Share in the comments below.

WIN BIG! Step into spring with style with our March giveaway.