Beast is *not* the book you think it is 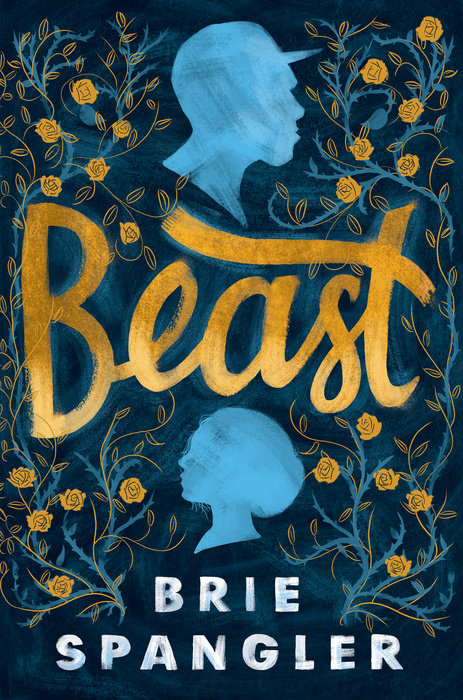 We've had Beauty and the Beast on our minds quite a bit lately—what with Emma Watson taking on the role of Belle in the upcoming live-action remake of the Disney film and all. So when we discovered Beast by Brie Spangler, a new take on the classic, we were immediately intrigued.

The book follows narrator Dylan as he navigates high school. He's tall, muscular and fumbly, but not in a quirky, cute way—in a way that, along with his abundance of hair, has earned him the nickname "The Beast." The problem, though, is that Dylan doesn't feel like a beast on the inside. He's smart, *not* a football player (as everyone assumes) and kind. Needless to say, things are rough for Dylan and life gets all the more difficult when one day his school bans hats—his "security blanket." That night, he falls off of his roof, breaks his leg and is then shuttled off to a support group for self-harming teens.

Unsurprisingly, Dylan hates group and rarely pays attention. But there he meets beautiful and sweet Jamie—and they just *fit*. They make each other better people and dive into a friendship that develops into sweet love story. But there's something he missed during his first zone-out days. That Jamie is transgender (a term used to describe people whose gender identity differs from the sex assigned to them at birth). *We* know that this doesn't make her a different person than the one that Dylan has been attracted to all along, but will Dylan see it the same way? Read Beast to find out.

The story tackles tough topics in a sensitve way, such as gender identity, transphobia ("dislike of or prejudice against transsexual or transgender people"), mental health, self harm and more through the lens of a beloved story. It's both eye opening *and* open-minded, which makes it a must read in our opinion. Your winter break book, perhaps?

Have you read Beast? Do you enjoy reading reimaginings of classic stories? Share your thoughts below.