6 historical fiction recs that any bookworm will adore

Are you the girl who *swears* she was meant to live in a different generation? Who watches (and rewatches) period pieces and daydreams about living in them? If you are, say no more. From us to you, here are our *fave* historical fiction reads.

Under a Painted Sky

All Samantha wants is to go to New York City and make a name for herself as a famous musician. As a young Chinese woman in the 1850s, however, it is a hard goal to achieve. But when disaster strikes, it might just open a door of opportunity for Samantha. Annamae, a runaway slave, helps Samantha flee town, and the girls start on the Oregon Trail to get a better life—and each strikes it rich in their own way.

The Song of Achilles

Awkward Prince Patroclus is nothing like the perfect Achilles. But Achilles takes Patroclus under his wing, and as the two boys perfect their skills in war, their bond grows deeper than friendship. When news of Helen of Sparta's kidnapping reaches them, the boys journey to Troy, unsure of the world around them, but certain of their mutual love.

Basically a 20th-century remake of Gossip Girl, The Luxe follows the lives of five teens as they grow up while navigating Manhattan's social scene and expectations. Scheming Penelope wants the best of the best and won't stop at anything to get it. Hopeless bachelor Henry Schoonmaker doesn't know what he wants in life, but he knows it's not marriage with prim Elizabeth Holland. But Elizabeth isn't all sugar and spice—she's hiding something big. Her little sister Diana is ready for an adventure, and the Holland family maid, Lina Broud, is too. Who could have ever guessed one of these infamous teens dies?

Henry VIII is well known for his six marriages, three of which ended in the death of the wife. But less is known about each of the individual wives: Catherine of Aragon, Anne Boleyn, Jane Seymour, Anne of Cleves, Catherine Howard and Katherine Parr. This book gives a unique perspective from each of the wives in their marriages to the notorious king.

Dealing with her troublemaking brother, vulnerable sister and mountain of debt has left Camille Durbonne stretched extremely thin. Camille helps her small family get by with la magie ordinaire, a little magic that she is able to use to transform old pieces of metal into coins to use for food and medicine. But when her brother takes away what's left of the family fortune, Camille must tap into a dangerous sort of magic to transform herself into a glittering noble. As the Baroness de la Fontaine, Camille can gamble her money back at the majestic palace of Versailles. But how long will she be able to keep up the facade, especially in the backdrop of the growing revolution?

Blood Water Paint tells the true story of the life of female painter Artemisia Gentileschi. When her mother passed away, Artemisia was given the choice between joining a convent and assisting her artist father. Artemisia chose the latter, and by the time she was a teen, she was an extremely talented painter. But a horrific assault at the hands of her father's friend puts Artemisia in a heartwrenching situation: Stay silent or speak up?

It's our biggest giveaway of the year! 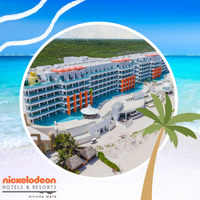 Now's your chance to win a trip to an amazing luxury beach resort with all the sun and fun of your daydreams. We're giving away the ultimate holiday prize: a family vacay to Nickelodeon™ Hotels & Resorts Riviera Maya plus a swag bag of beauty goodies. Click here for all the deets on how to enter! 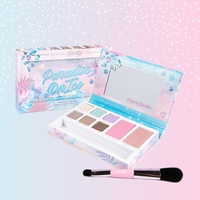 Dreaming of an amaze vacay? We're ringing in the holiday szn with our biggest giveaway of the year: a fabulous getaway to Nickelodeon Hotels & Resorts Riviera Maya plus a prize pack of beauty goodies, featuring this Petite 'n Pretty Paradise on Ice Eye & Cheek Palette. Click here to enter!