Guy texts decoded: What he texts vs. what he *really* means 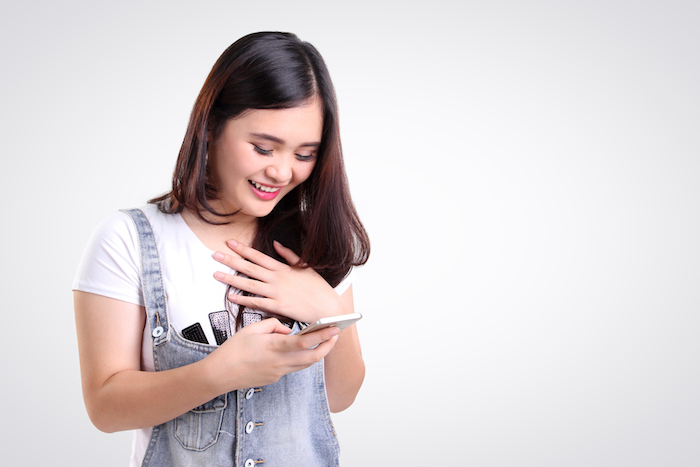 Listen up, girlies. We know how thrilling it is when your phone buzzes and it’s a new text from your fave guy. While texting lets you keep the convo going, some of those emoticons and LOLs could be taken in a number of ways. We’re breaking down just what he’s sayin’ so you can clear up any confusion. Good luck!

What He Texts: ;)
What He Means: Whenever guys text a winky face, you can believe he’s smiling flirtatiously at his phone. He’s flirting with you—so flirt right back, babe!

What He Texts: What’s the deal with you and Steve?
What He Means: When your crush texts you about another guy, he’s jealous—he thinks you like him! Be direct and to the point—text back, “He sits next to me in science! We’re just friends :).” But if your best guy friend wants to know what’s up, there’s a chance he knows something about this dude you don’t. Try and get him to spill the beans, but if he doesn’t have any gossip, your best guy friend could be crushing on you.

What He Texts: What’s the English homework?
What He Means: If a cutie texts you something about a class you’re in together, he thinks you’re smart—and that’s awesome! Buuut, he could just be looking for a study buddy to boost his grade so he can still play football. Be careful. If you want to see where this could go, try texting him, “Do you want to meet at Starbucks and study together? Your frappuccino is on me!”

What He Texts: “See ya later, old sport!”
What He Means: If you love The Great Gatsby and he’s throwing around F. Scott Fitzgerald references, this dude is trying to make you realize you’re on the same wavelength. Whether he’s quoting your favorite movie or asking you about your hometown sports team, this guy is putting in an effort—so text back, because he wants you to feel like the expert.

What He Texts: Are you going to Danielle’s house?
What He Means: If he starts texting you about plans he has later, he’s definitely hoping you’re going to be there. If you weren’t planning on going, text back, “Nah—but want to hang out later this weekend?”

What He Texts: So is Alice single?
What He Means: When a dude starts asking you questions about your BFF, he’s probably into her. Play his wingwoman and let Alice know he likes her—pronto!

POSTED IN guys, how to get a BF, how to flirt, crush crash course, texting