Q: Why'd he pick her over you? Read on for the answer 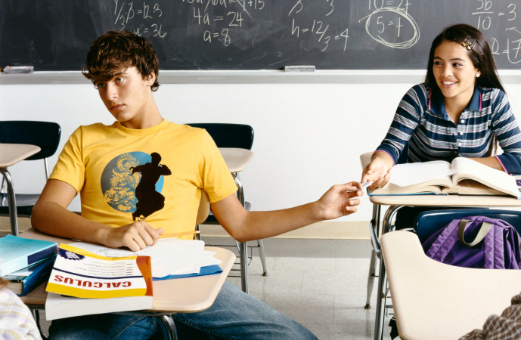 Part of the fun of life is debating its little mysteries. What happens to us after we die? Could there be life on other planets? What is my cat thinking right now? (Cat looks at me weirdly). OK, what about now?

But here’s my favorite universal question, one that has been deeply pondered by girls everywhere since the dawn of time: OMG, what does he see in her?

Who is the “he” in question? That’d be every guy I ever wanted to date but didn’t. The “her”? Ah, yeah, every girl he went out with instead of me.

Sometimes that question is easy to answer. Freshman year, I wasted four months crushing on a boy before one of his friends pointed out that, duh, he only dates brunettes (I’m blonde). Another guy I was super into confessed to my BFF that, as much as he liked me as a friend, the fact I towered over him wasn’t gonna work out (I get it, I’m 5’10” but apparently only one of us was OK with that reality).

But once you get past the surface stuff, the waters get a lot murkier. Is she nicer? Smarter? Cooler? Does she bake better brownies? Write wittier texts? There has to be something....

After one of these endless internal compare and contrast sessions, who the object of his actual affection really is doesn't matter anymore because by the time I am done hyper-analyzing everything, she poops My Little Ponies and I am a hopeless troll.

But the point is, you’ll never really know. You’ll only know he’s not with you. And this might be where you expect that bit about how that just means he wasn’t the right one for you (and, yeah, he wasn’t).

No it’s just the part about how you are just right, just as you are.