5 sure-fire signs your boyf is a total keeper 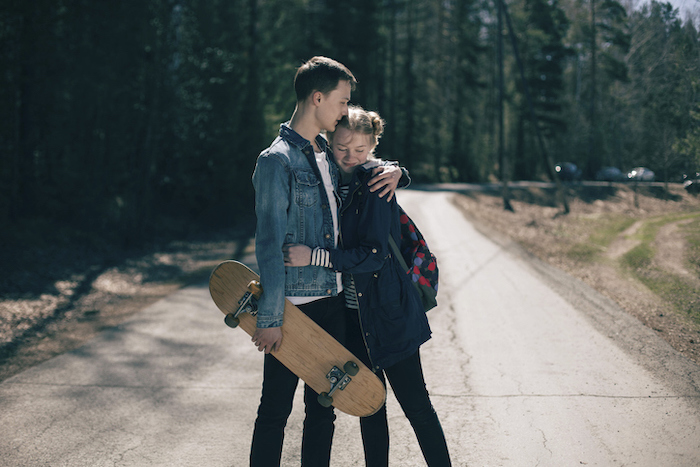 Unfortunately (but truthfully), some guys can be totally awful. You might be blinded by his good looks or great sense of humor, and then he'll doing something not so awesome leaving you with one thought: "Wow, what a jerk."

Truth is: You deserve the best. So instead of settling for a lame-o, keep looking for the Liam Hemsworth to your Miley Cyrus (because they’re the absolute cutest, of course) and keep these five things in mind in your quest for Mr. Right.

1. He asks how you are
A guy who genuinely cares can be hard to find. He should ask how your day was, how you’re feeling, etc. and then actually listen to your answer. But don't forget, the road goes two ways and you should do the same.

2. He treats his mom like a queen
You can get a sneak peek of how he'll treat you based on how he acts around his mother. If he respects her and treasures her (as he should), go for him!

3. He opens doors for you
Contrary to popular belief: Chivalry isn't dead. It might be less common than it used to be (and should be), but manners and courtesy go a long way. Not to mention, doing simple yet hugely courteous things for you says a lot about his character.

4. He doesn’t act different around his friends
If he's super kind to you when you're alone but ditches you when he's around his buddies, that's *not* a good sign. He should act the same around you, no matter who is around.

5. He texts you just because
When you start getting random texts, Snapchat or Insta messages from him, that's how you *know* he's falling for you! Little messages here and there mean he's thinking about you even when you two are apart.

What do you look for in a guy? Tell us below!