Help! How do I get out of the friend-zone with my BGF? 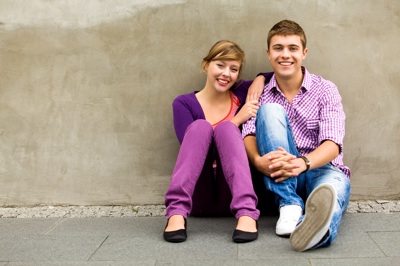 I always seem to get friend-zoned because, unfortunately, I always fall for my BGF. I like my current BGF, and I've liked him before. The first time he liked someone and friend-zoned me. He doesn't like anyone now (as far as I'm aware). How can I get him to see me more as the girl he likes to tease and talk about bands with?
Are you sure that he wants a girlfriend right now? The most important thing is to take the time to ask him where his feelings lie. Don’t tell all right away, but test the waters and see whether he wants a girl in his life at that moment. Sometimes guys aren’t ready to have a girlfriend who they can really treat right, and they know that! So if that’s the case, find someone else who is ready to have a girlfriend, namely you.
But if he is interested in having a girl, the next thing to do is ask yourself whether you can really handle a relationship right now. Do you like the idea or fantasy of this boy more than the boy himself? Really question yourself: What do you want in a guy?  Does this guy have it? Most importantly, do you think that it’s worth it to jeopardize your great friendship for the try at something more? Think about being in a romantic situation with him rather than just a fun time playing games and talking about your interests. If that doesn’t seem like exactly what you want, then it isn’t a good idea to jump into the waters.
Finally, if you both seem ready for a new relationship, let him know how you feel. That way, you’ll know where you stand, so you won’t be pining over him while sitting there being his best gal pal. The worst that will happen is that he says no, just shrug it off and it will be way less awkward. As long as you don’t act differently, he won’t – and I promise you – you’ll feel way better and way less stressed with that question out of the way!
Loved this post? You’ll heart these, too!

POSTED IN guys, GL's best guy advice, how to get a BF, how to flirt, crush crash course, guy friend Q & A, from BGF to BF