The Scoop: Sneaky signs your crush likes you back 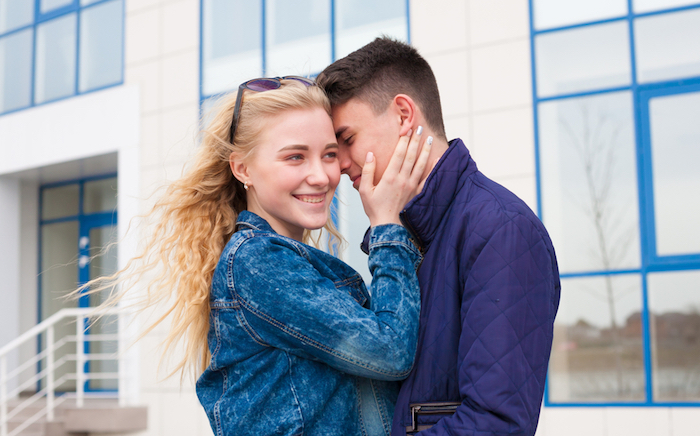 How can I tell if my crush likes me? Are there any sure-fire signs that he is interested?

His Answer: “If a guy likes you, he can’t stop looking at you. He also seems to talk to you more than any of your friends. Or, his friends may come up and talk to you or your friends more than what would seem normal,” says Mason, 15. “Obviously, if he compliments you, it’s a huge sign. Other signs would be ‘accidentally’ running into you a lot, remembering random things about you or him smiling a lot when he’s around you.”

Decoded: Whew! That’s a lot of different signs. Let’s take ‘em one by one. First, if you catch a cutie looking at you more than a few times, he probs thinks you’re pretty and really likes you. Also, if this dude is crushing on you, he’ll want to talk to you all the time, or he may send his friends over to get the scoop on if you like him, too!

Does this boy go out of his way to tell you how pretty your eyes are, or says how great a job you did on that super tough test you both took? If he does, bingo! He def likes you. Or do you constantly bump into him at the mall or while you’re out with your friends? He might be heading over there just because he wanted to see you.

Weeks ago, you mentioned how much you love this one band, and now, he told you about their new album? This cutie didn’t just remember that you loved that band because he liked them, too. He remembered because he likes you and wanted to share interests! Also, if you’re around him and he never stops smiling? Score! He’s happy to be around you.

Your Move: You see that guy looking your way again? Send him a smile. That way, he knows you’re flattered by him. Next time this cutie throws you a compliment, throw him one back. How about telling him how he played an awesome game last week, or that he probably did great on the test, too. Instead of him “accidentally” running into you while you’re at the mall, invite him to go with you next time! He remembers that one band you like? Remember something about him, like his fave TV show. If you bring it up with him, he’ll know you remembered. If you return his flattery, chances are he’ll pick up on it and ask you out sometime to grab some ice cream. Sweet!

POSTED IN guys, Dating, GL's best guy advice, how to get a BF, how to flirt, crush crash course