6 things he says (and what they really mean) 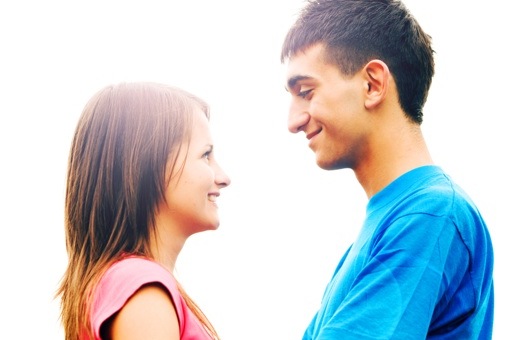 We have all been there, sitting with your BFF on the couch, dissecting every word your crush has said. Simple phrases and sentences could mean just about anything and you’ve just gotta know what they’re thinking! Does he like you or not? Guys rarely tell you directly that they’re into you, but there are a few phrases that guys might say that will help you understand what they’re thinking. Some of our BGFs have been kind enough to help us out and tell us what they really mean when they say this stuff, and here’s what they had to say…

What He Says: “[I would say this because] I like you as a person but I want to date other people or I just don’t want to date right now.” – Johnny, 15

Decoded: He likes you, but maybe not in that way.

Your Move: See him as a friend--and only a friend--while scoping out other sweeties.

“Are you going to Kayla’s party this weekend?”

What He Says:“I want to know if you’re coming because if you go, it's an opportunity for us to meet up.” – Yohnny, 17

Decoded: He is definitely interested in you, and is hoping he will get to see you this weekend.

Your Move: If you’re going, tell him and say that you hope to see him there. This way he will look for you so you can talk and hang out. If you aren’t, tell him but say that maybe the two of you can do something another time.

“It sucks we don’t have the same class together anymore.”

What He Says: “[It means that] I really wanted to get to know you more because I like spending time with you.” – Jack, 13

Decoded: He wishes that he got to see you more, even if it’s just in class. That’s a good thing!

Your Move: Tell him that it is too bad but you can hang out outside of school. This gives him the opportunity to ask you out or for you to set up a time to do something with him.

“Did you get your hair cut? It looks good.”

What He Says: “I think that she pays attention to the little things, and I like that.” – Max, 14

Decoded: He notices that you take care of yourself, and likes the fact that you look good because of it. (And it means he’s been looking at you--a sign that he’s totally into you! Yay!)

Your Move: He complimented you! Thank him and start a convo.

“What are you doing this weekend?”

Decoded: He’s checking to see if you’re busy, because if you’re not you can hang out or do something together.

Your Move: Of course you wanna hang with your crush, so tell him times when you’re free! Were you thinking about doing something? Invite him along. If you are really busy, tell him you’re free the weekend after that.

“A bunch of us are going to the movies, wanna come?”

Decoded: He likes you, but is afraid you might reject him. A group date gives him the opportunity to get to know you better without the pressure of a one-on-one date.

Your Move: When you go, make sure you talk to everybody but try to stick with him so you can get your flirt on. Sit next to him, and maybe split the cost of some popcorn.