5 things you should NEVER do to get a guy's attention 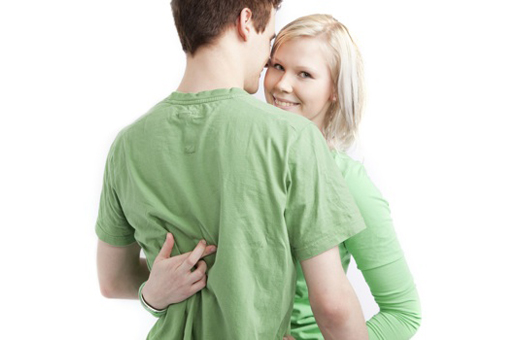 Is there that one guy that you would do anything to get him to notice you? Make sure you think about what you’re doing before you do it, so you don’t regret your actions later on. Here are some major no-nos that you should never pull.
Don’t manipulate him. Manipulating people is a terrible way to get what you want in any sitch, especially when it comes to guys. If you manipulate your guy, he’ll only be giving you attention out of guilt. Who wants that? This method is hurtful and toxic, which will just leave him resenting you in the long run.
Do let things happen naturally. Let’s face it: You can’t control other people. Just take a deep breath, go with the flow and see how things turn out.
Don’t act dumb. For some reason, there are girls who think they need to act dumb to get boys to like them. This couldn’t be further from the truth! Guys don’t want to date a ditz, so don’t dumb yourself down to get his attention. If you really think the only way your crush will like you is if you pretend to be dumb, then he isn’t worth it.
Do embrace your brains. If you’re smart and worried that you might intimidate him, just be sure you don’t make him feel dumb by talking down to him. That means no boasting about your grades or intelligence.
Don’t lie. Not only is it bad to hide your smarts, but lying in general is never a good way to impress someone. Even if you don’t think you have the coolest life, lying about it won’t help you out your love life. Odds are, he’ll find out the truth eventually.
Do be honest. Starting a solid relationship starts off with being honest. There’s no point in being in a relationship if he doesn’t know who you truly are.
Don’t break your moral code. Everyone has certain things that they think of as right and wrong. Be sure that you don’t stray from this for a boy. If he isn’t willing to respect your boundaries, don’t feel like you need to break them to impress him.
Do what you feel is right. Any guy who is worth your time will respect you and won’t pressure you to do something that you don’t want to do.
Love this post? You'll heart these too...

+ No-fail tips to K.I.T with your crush over break

POSTED IN guys, Dating, GL's best guy advice, how to get a BF, crush crash course, playing it cool, pressure to get physical, get his attention now