If we're "just friends," why is he so flirty? 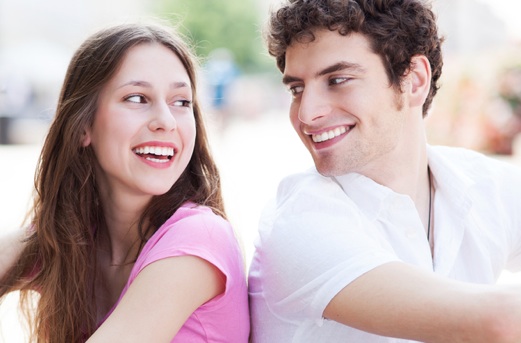 My crush asked me to my school's dance (yay!). The problem is, he overheard my bestie and I talk talking about it, and later that day he texted me saying we were going as "just friends." He acted all flirty before he asked me but since then he's been quiet and awkward. Is he nervous or does he really not like me? Why do guys send mixed signals?!

His Answer: “He could want to be just friends. Even though it may hurt your feelings, that might just be something that you’re going to have to accept. On the other hand, I know as a guy that I don't want to always be the one that has to make the first move. Maybe the guy you like is just as nervous as you are. If it really bothers you need to say something. It's not that they’re mixed signals—guys just have a different way of showing how they feel.” —Brian H, 17.

Decoded: If he said he wants to go as “just friends,” he probably means that, babe. But if he was sending strong flirting signals before, it could just be that he doesn’t know how to express his feelings for you or that he’s waiting for you to take the lead.

Your Move: The real way to see if the guy is really into you is to see how he acts around other people. Does your crush mention you to his friends? Or does he talk to a lot of girls the way that he talks to you? Those signs hint to yes. But if you want a more direct answer, take action. Chat him up and coax him to open up. If he likes you, yippee! If he doesn’t, no biggie. You’re free to crush on other guys.

+ Want him to ask you out? Here’s how

+ Flirt alert! What signals are you sending?