What he really thinks when he hears you gossip 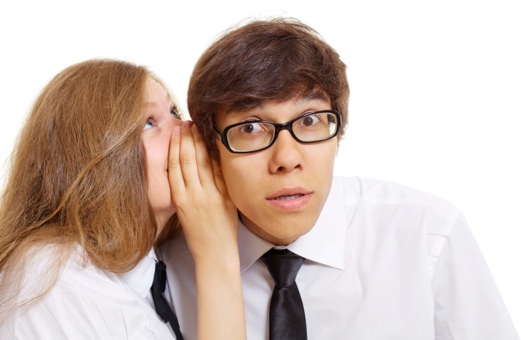 What do boys think when they hear girls gossiping about one another behind each other’s backs? My BGF used to talk to me about everything, but now he shies away from personal conversations. I think it might be because he heard my BFF and me talking about another friend, and I’ll admit we weren’t being very good friends. Do boys notice that kind of stuff?

His Answer: “I think that any person who spends time and energy talking about other people behind their back in a negative light is only reflecting negativity upon themselves,” say Will, 18. “Guys don’t want to be around mean girls, and putting someone else down doesn’t bring you up. Real men aren’t as impressed with your ability to be mean as they are at your ability to be nice. It sounds corny, but it’s true.”

Decoded: Many guys will admit that it takes time for them to really open up and to be vulnerable around people. If you’re hanging out with your BFFs and a guy friend joins the convo, sometimes it’s easy to forget that he’s listening to everything you say. If you start bashing another girl behind her back, he’s going to take note. In the future, if he seems hesitant to open up to you, it’s probably because he heard you talking bad about somebody else and feels like he can’t trust you—and nobody wants boys to think they’re a mean girl!

Your Move: Regardless of if a boy is around or not, it’s always better to simply not gossip. If you hear your besties trying to steer the conversation to attack somebody else, try to change the subject, or simply say “Hey guys, we should try to not gossip about anybody.” Even if you think your girl friends will judge you for sticking up for somebody, the fact of the matter is that your nice intentions will pay off in the long run. It’s way better to be thought of as the nice girl than the gossip.