Am I desperate if I text my crush first? 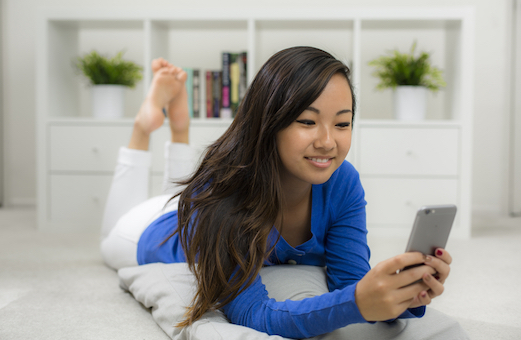 When it comes to texting boys, sometimes you need to be the one who is in control. Forget about waiting for him to come around. Taking matters into your own hands makes you seem more desirable than desperate. Just look at what the guys we chatted with had to say about the top (hint: they agree!).

Fact: You don’t need to follow the codes of chivalry and wait for that cutie’s lead.

Feeling too shy to make the first move? Don’t! Show your new guy just how

outgoing you are by sending him a flirty text.

“It’s a plus if the girl I like texts me first,” Taylor, 16, tells us. “I like a girl who is not too shy to start a conversation.”

Fact: Assumptions get you nowhere.

Put it this way: You never know until you try. Who’s to say that cutie isn’t just waiting for you to make the first move, too?

“Me and this girl I liked from school exchanged numbers and I was too nervous to text first so I waited for her to text me first,” says Diego, 16. “Well she never texted me and I was really bummed.”

Fact: First moves don’t make you come on too strong.

Gone are the fab feelings of “the chase” where guys will push ‘til you give them the time of day. Being upfront with him can be an attractive thing.

"I don't think it makes a girl seem desperate if she texts me first,” James, 15, shares. “If anything it makes me more interested in her.”

Do you always text a crush first or do you tend to let the guy lead the way? Share in the comments below.

POSTED IN guys, Dating, how to flirt, crush crash course