Should he pay for your meal... just because he's a guy? 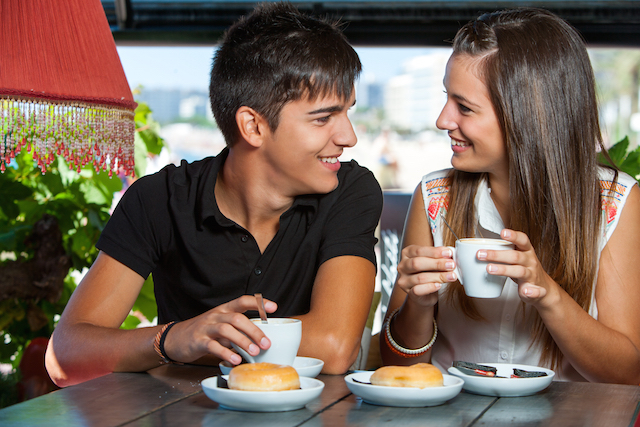 So much has been done to make gender roles a thing of the past. Girls are kicking butt on the football field, Jaden Smith says he sports skirts to make make a better future for coming generations and more and more women are holding political roles. But some gender traditions are the same as they were 50 years ago–like having your dude pay when you go on a date.

When it comes to paying for meals, there are definitely two sides. Some guys feel like it’s their responsibility. Some girls agree with this. On the other hand, there are people who think that every check should be split evenly. Have you ever spent a date wondering who should be the one doing the spending?

According to eHarmony, girls should still expect guys to pay. That’s because it’s a historic habit that has withstood the test of time. In the ancient world, men were almost always capable of finding food for themselves. Pregnant women and mothers had a harder time with this, so men would gather meals for them. The idea that your BF is supposed to be the “provider” was passed down from generation to generation. Although women now work and many moms even raise families on their own, this article says that girls are happier when they know that the guys they’re dating are invested in them. Basically, if he pays *for* you, then it’s a sign that he’s *into* you.

Bustle comes at this from a completely different angle, focusing on fairness. It’s true that the expectation placed on guys is nothing new. Your grandpa probably paid for your grandma’s meals, and your dad probably did the same for your mom. However, that’s no reason to put your guy in the same position. The past is called the past for a reason! A relationship is like a friendship, with a little added romance. When you go out to eat with your bestie, the two of you manage to pay for your own meals and continue to love each other. Paying for yourself while you’re on a date won’t make it impossible to tell whether or not a guy cares about you. Instead, it’ll show that you want a relationship but don’t need it to survive.

Is one of these opinions better than the other? Well, that’s up to you. The only wrong choice is assuming that your date feels a certain way about paying. So, when it’s time to take care of business, you’ll be better off asking him about it than avoiding the subject altogether. Your best bet will be to just go ahead and offer to pay half. A guy who’s set on paying in full will want to stick with his plan, but he’ll be glad you made the suggestion. You could even take it a step further by treating him to a smoothie or ice cream after dinner. No matter what, don’t let a couple dollar signs be the only thing to decide how somebody feels about you.

Do you think that guys should pay for meals? Have you ever offered to pay? Let us know in the comments below.