We're LOLing at these crazy ways people have confessed their crushes! 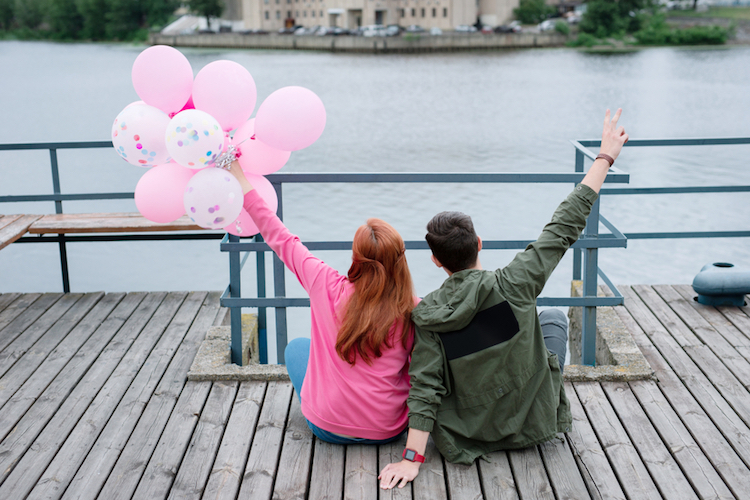 Approaching your crush to tell him you like him is scary enough, but these brave souls took it to the next level and did some seriously crazy things to tell their bae how they felt! 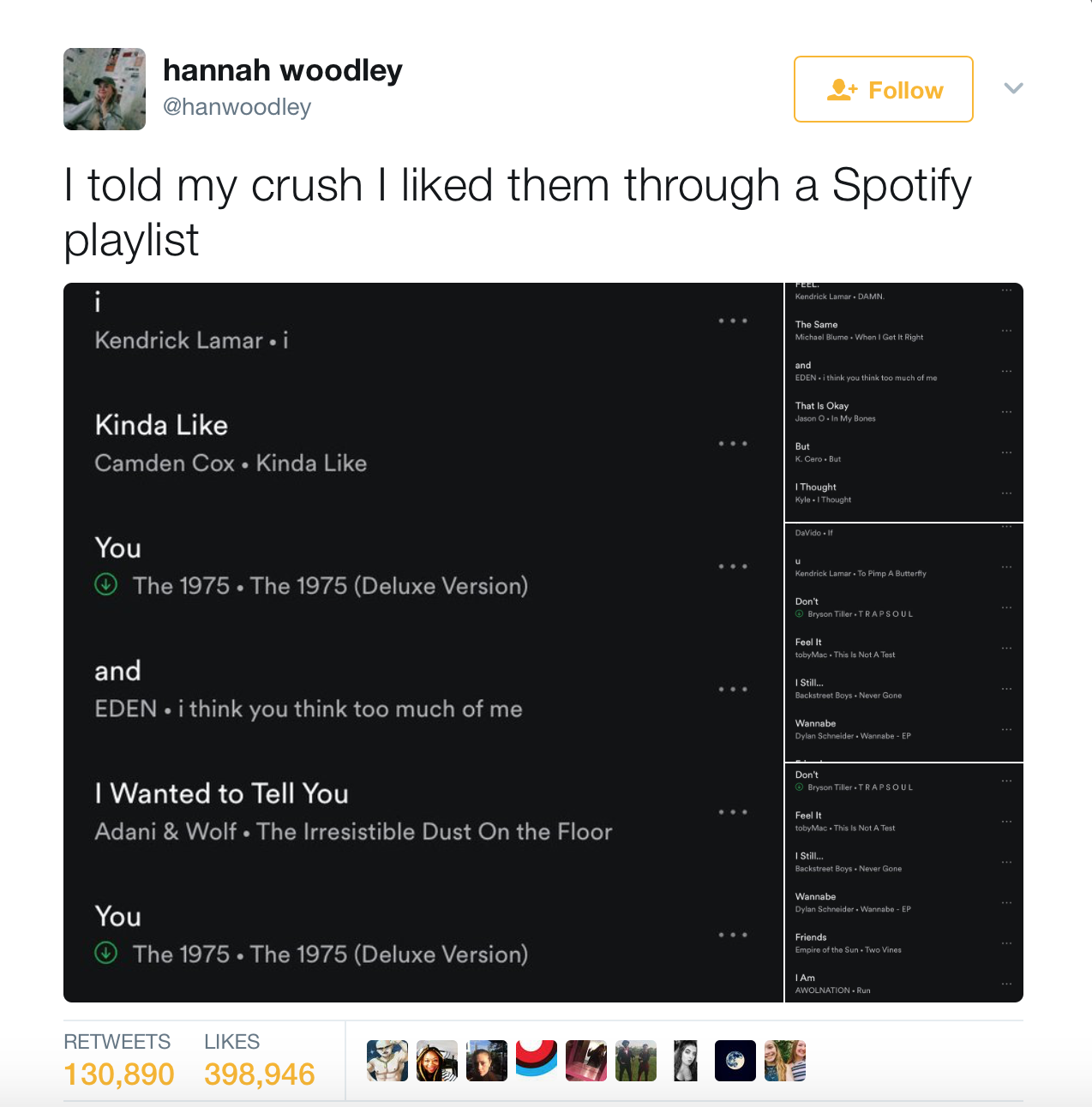 1. We love the memes where people make Spotify playlists that spell out something hilarious! This girl went bold with hers, professing her feelings to her crush. The tweet went viral, racking up tons of retweets and faves. Good thing he told her that he was crushing on her too! 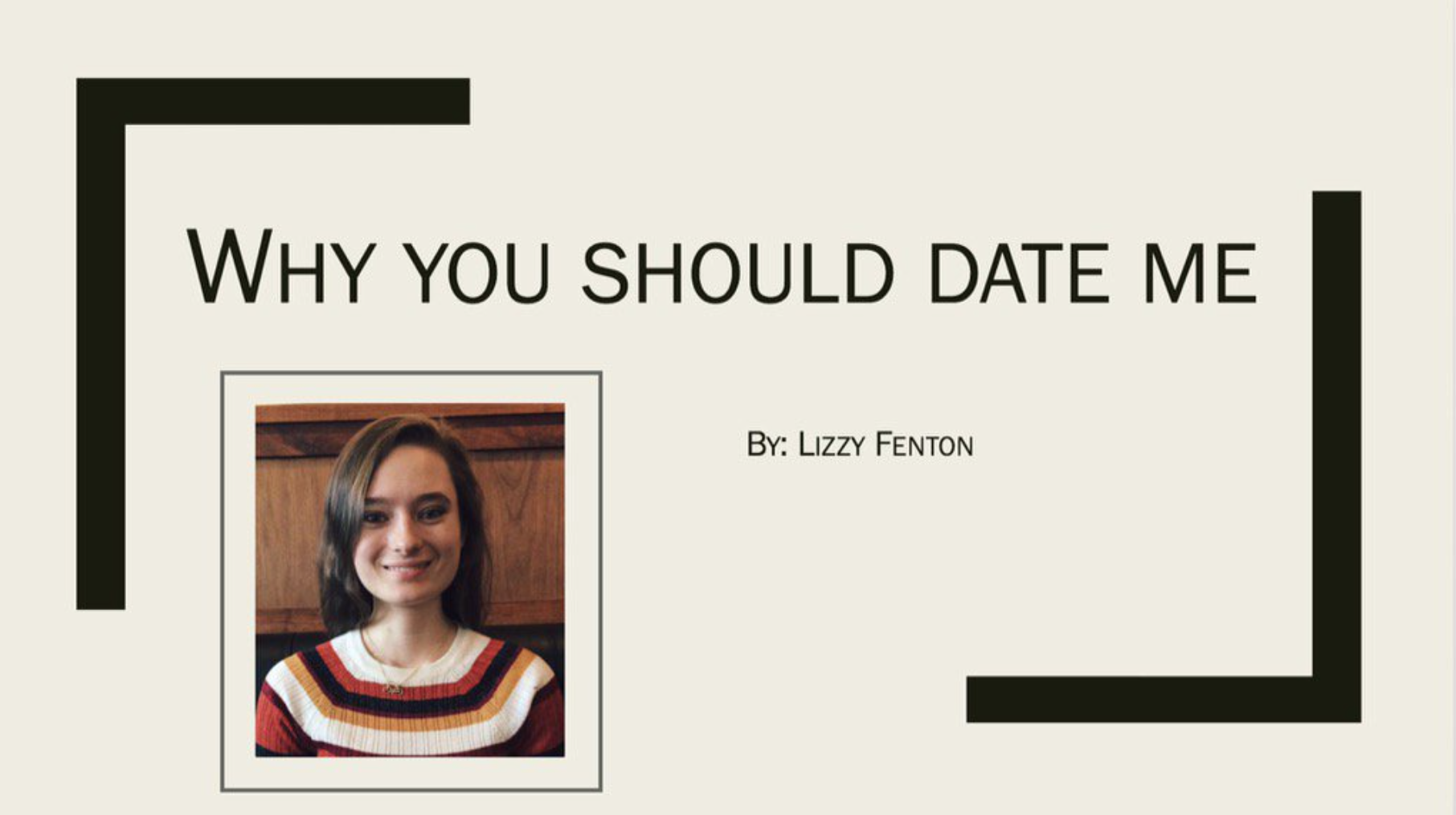 2. This college student sent her crush a PowerPoint presentation that listed reasons why he should date her! She added "quotes" from people like her mom and Channing Tatum about why she's so awesome. Even Microsoft tweeted her, basically saying that she's #PowerPointGoals! 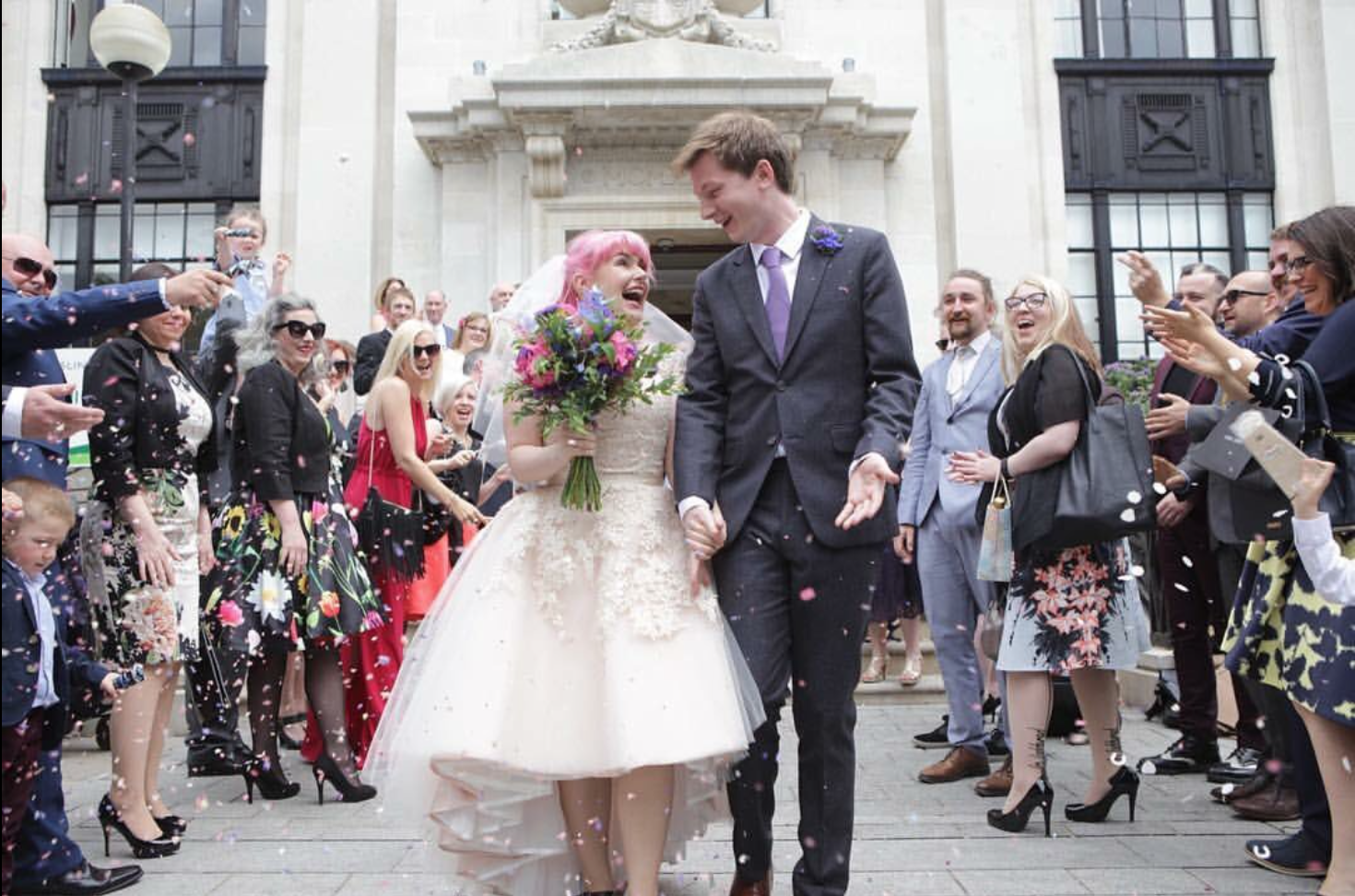 3. After a British woman became a huge fan of the tweets from the account of a British bookstore, she tweeted at them saying she was in love with whoever writes their tweets. Flash forward four years later, and not only have they met, but they're married. How's that for a storybook romance? 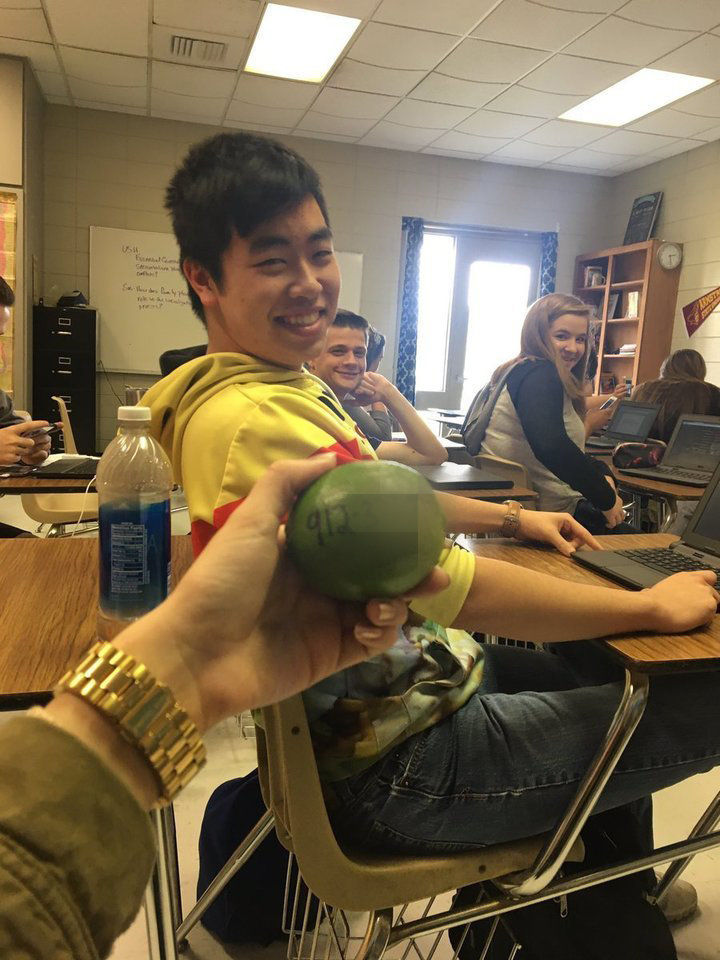 4. One guy was so into his gal pal that he decided to take the relationship to the next level by giving her a "pickup lime!" Confused? He wrote his number on a lime and gave it to her in front of their entire class, in place of a more traditional pick up line. Even though this LOL-worthy gesture didn't end up leading to a relationship, the pair are still great friends. 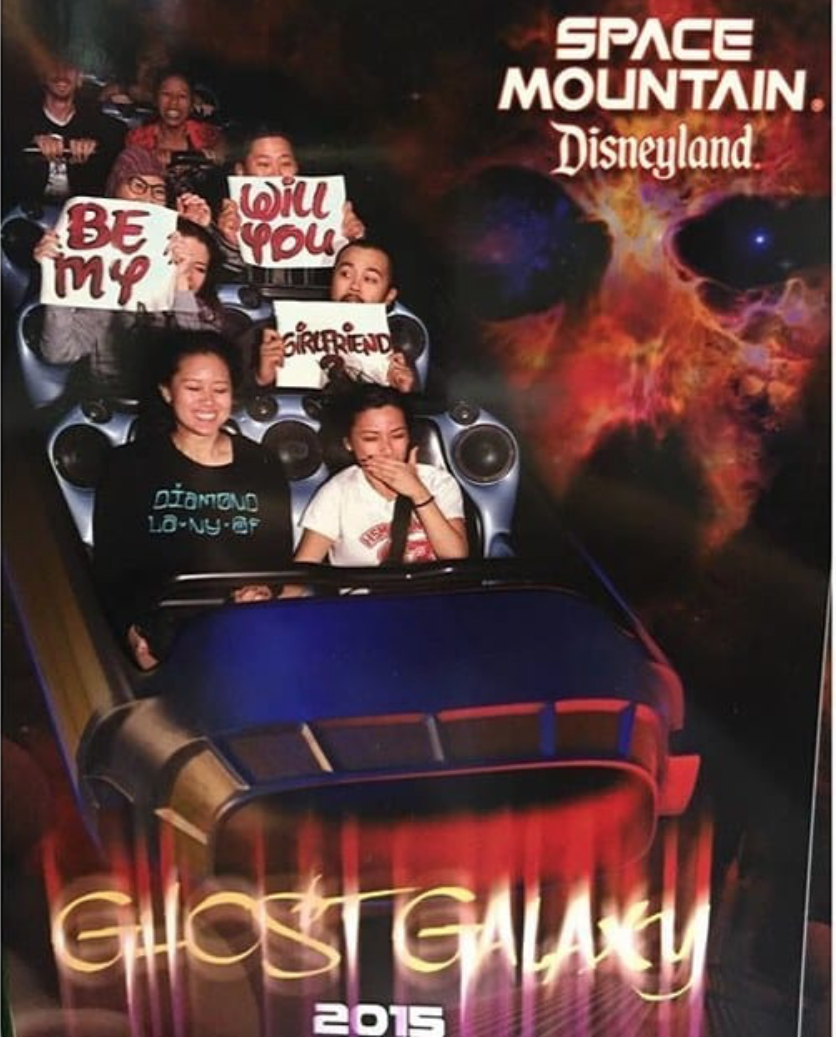 5. Everybody loves a good amusement park date, but this one surely takes the cake! One girl enlisted the help of her family to help make the relationship official by holding up signs on Space Mountain that read, "Will you be my girlfriend?" These sweet signs made for an awesome photo! 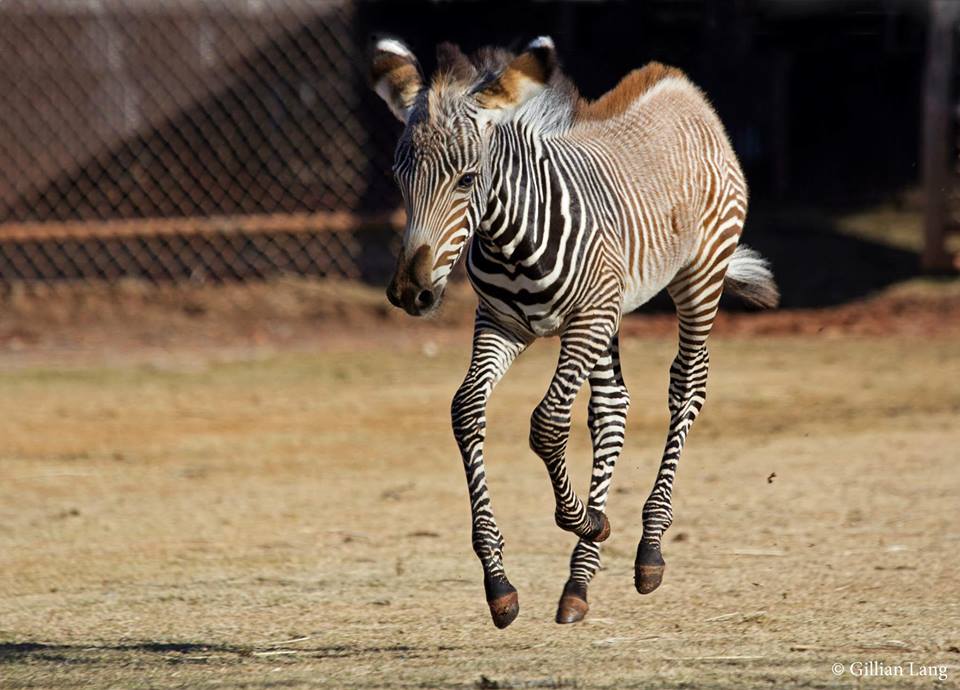 6. And perhaps the craziest one of all is what this guy did to get a girl's number! A teen jumped over not one, but two fences to reach the zebra enclosure at the Oklahoma City Zoo. He said he did it because a girl told him she would give him her number if he attempted the risky stunt. He did, and was given a ticket for trespassing. We can't help but wonder if the girl still gave him her number? (P.S. We do *not* advise trespassing just to get someone's number.)

Would you do something crazy to tell bae how you feel? Let us know in the comments!