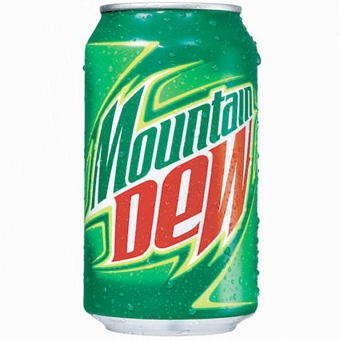 Do you do the Dew? You might wanna file that under “health don’ts”, dearie, ‘cause the word on the street is that the soda has a  surprising ingredient (um, other than mass quantities of caffeine, of course): brominated vegetable oil, otherwise known as BVO, according to Environmental Health News.

In addition to its use in 10-percent of popular sodas in the U.S., the chemical is also used by manufacturers as a flame retardant in furniture cushions. Yum, right? BVO is banned in Europe and Japan, but for some unknown reason, the American FDA thinks this chemical is totally safe for consumption.

However, a recent study suggests that ingestion of BVO can cause skin lesions, memory loss, severe stomach problems and nerve disorders. And scientists don’t think it’s too far-fetched to assert that many folks, notable Dew-guzzling gamers, are getting toxic levels of BVO daily.

Though groups are lobbying the FDA to reconsider its stance on BVO, legislation prohibiting its use in beverages has not been passed. Lesson of the day: Before you pick up the can of Fanta, Sunkist or Fresca (or a bottle of Gatorade or Powerade…), check the nutrition label for brominated vegetable oil.
Love this post? You'll heart these, too!