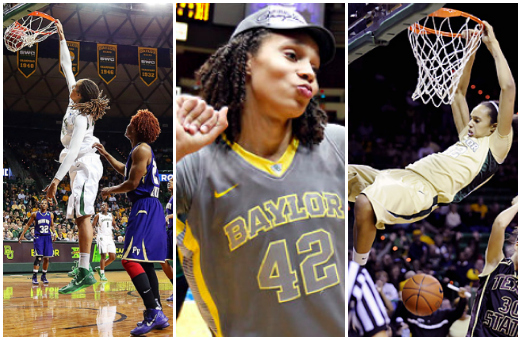 Larger-than-life Phoenix Mercury player Brittney Griner is someone GL really hearts. Not only was she the number-one draft pick for the 2013 WNBA draft, but she also embraces who she is and is not worried about what others think of her. Here are 10 reasons this chica rocks.

She’s totally not afraid to be herself, which is something we at GL find very important. “Don’t worry about what other people are going to say, because they’re always going to say something, but, if you’re just true to yourself, let that shine through. Don’t hide who you really are," she says.

She’s been killin’ it on the court since high school. There’s no doubt that she’s got some intense game. She shows that women are just as good as men when it comes to sports. Check out this video of her in 2009:

She set a record in her first WNBA game! There have only been five dunks in the WNBA regular-season. Brittney scored two in just her first game. She’s got some serious skill.

She won’t let the fame get to her. “I got some young ones looking up to me and that adds to my game… it’s a good feeling,” she says. She’s our role model because she wants to be a role model for all types of people. Go Brittney!

Brittney is pushing boundaries. She’s going to start wearing men’s clothes as an endorsement for Nike. Talk about some serious confidence. She knows it’s important to let your own style shine through.

She’s fearless. Not only is she standing up to bullies and promoting self-love, she’s also on the cover of ESPN’s “Taboo Issue” holding a huge yellow snake. Check it out below: 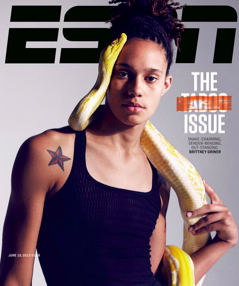 She’s not one of those stuck-up celebrities. She hopes to communicate with her fans as much as possible, and she’s not jealous of other’s success. She says, “I don’t want to be one of those players that locks herself away and be non-accessible to the fans, media, I want to be accessible to everybody.”

She’s a game changer. Brittney is the focus of the revamped 17th season of the WBNA. Mark Cuban, the owner of the Dallas Mavericks, has said that he would consider recruiting her. She could be the first woman to be drafted to the NBA.

Who's your fave Andi Mack character?