Why Jordan Fisher is passionate about parks 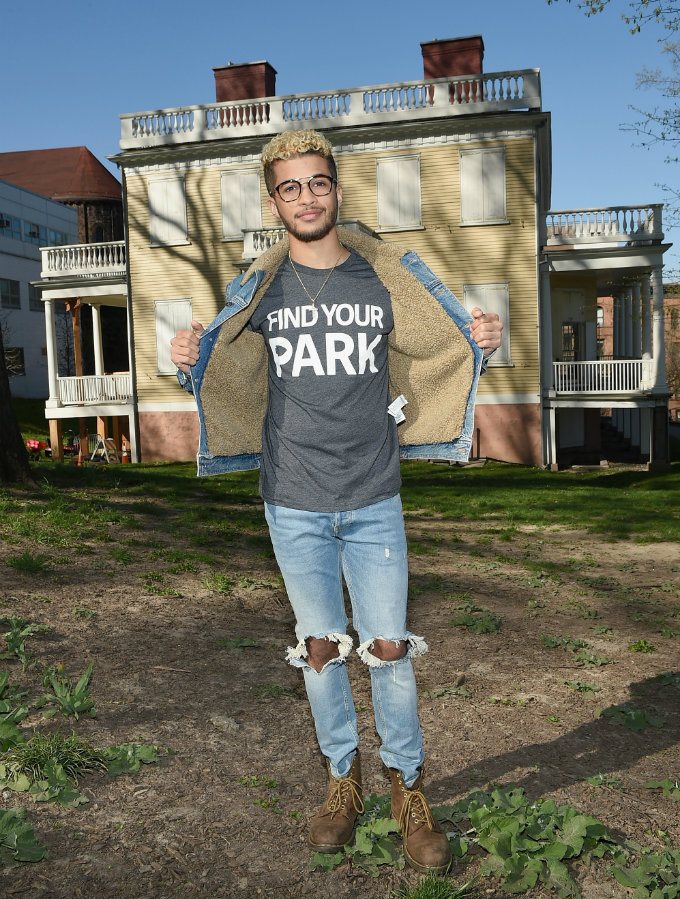 You might recognize Jordan Fisher from his roles in Grease: Live, The Secret Life of the American Teenager, Liv & Maddie, or maybe even from his most recent stint as both John Laurens and Philip Hamilton (son of Alexander) in Lin-Manuel Miranda's smash musical, Hamilton. And now Jordan has a *new* passion: preserving the legacy of America's 415+ National Parks, and helping to launch Parks 101.

Parks 101 focuses on the hidden mysteries and unexpected stories of the National Parks, established in honor of the 101st anniversary of the National Park Service. It was fitting, then, that Jordan would step up to lead a behind-the-scenes tour of Hamilton Grange National Monument, and dive deeper into Alexander Hamilton's life in Harlem, New York, and explore the little-known story of the Founding Father's time there.

"[Hamilton: An American Musical] revitalized my interest in learning about how things got started," Jordan explains, "and it gave me a greater sense of appreciation for history, not only in our country, but worldwide. Seeing how history tends to repeat itself—we're constantly on a fight to keep our heads held high, and to keep looking forward and to learn. We're still such a young country."

Reflecting on his own experiences at school, and his dislike for history as a student, Jordan describes how much his perspective has changed. He hopes that by immersing ourselves in the culture of each unique park and monument, other young people will realize that there is no reason we cannot become the Alexander Hamiltons of our own generation!

He also admires "doers and go-getters" like many of the Founding Fathers, who weren't afraid to take risks in pursuit of their passions, "from emancipation and equality, to fighting for freedom, all the way to Philip [Hamilton]'s desire and yearning to accomplish so much in his lifetime," Jordan explains. "I think that seeing how things worked back in the day, and seeing how our country was cultivated by people who really didn't know what they were doing, instills hope, patience, and an appreciation for what we have."

So why did this talented actor/singer decide to join Parks 101? "I'm a bit of a nerd; that's where most things start with me!" he laughs. "With Hamilton, being part of the show—you know, I'm the guy that when I'm doing something, I want to learn everything about it. When knowledge is given, I tend to bite, and latch on....so the opportunity to start the activation of Hamilton Grange, and being able to learn more about the cultivation of that house, his paradise, as well as the timeline of when he was a part of the creation of America was really cool."

According to Jordan, the magic of National Parks doesn't even stop there, and he appreciates that their beautiful landscapes and fascinating histories are accessible to everyone. "Just knowing that there are over 400 National Parks, and they're in every state in the country—there are so many stories and opportunities to learn more about our culture in America, and the story and creation of our country. It's an exciting thing and the opportunity to shed more light on that was something that I was ready to do," he says. 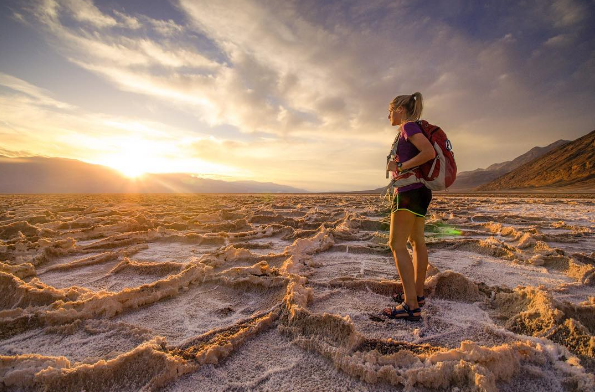 The enthusiasm that Jordan displays for the lessons that the past can teach us doesn't stop with the creation of America. When asked which person from history he would most like to meet, Jordan gushed, "Martin Luther King, Jr., because I'm from Birmingham, and I have such a mixed ethnicity. He came with a belief that everyone should love everybody. That is my goal in my life—to be patient, and kind, and love and accept, and he died fighting for that notion. He helped create a world where people like me can exist."

Like most history buffs, however, Jordan can't stop with just one famous figure. "There are so many," he laughs. "I would absolutely love to pick Alexander Hamilton's brain! I would love to have a cup of tea with George Washington, and see where he found the gumption to learn as he went, in terms of leading a country. He didn't really know about that—all he knew was kings and queens and emperors, and he was the first. How do you do that?!"

By engaging with our country's incredible National Parks, Jordan hopes that your list of role models will grow, too...along with your passion for culture and learning. Go forth and explore, babes!

Do you live near a National Park, or have you ever been to one? Let us know in the comments!